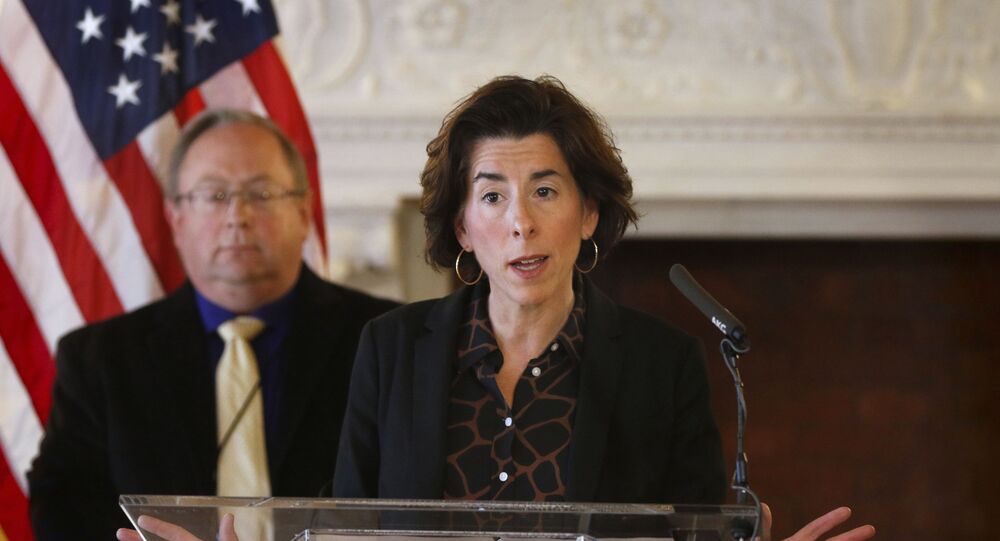 WASHINGTON (Sputnik) - US President Joe Biden’s nominee for Commerce Secretary Gina Raimondo said during her Senate confirmation hearing on Tuesday that she will use all tools at her disposal to ensure a playing level field for American workers with respect to dealing with China.

"Whether it's the entities list or tariffs or any kind of prevailing duties, I intend to use all those tools to the fullest extent possible to level the playing field for the American worker against China," Raimondo said.

However, Raimondo avoided directly saying whether the Biden administration will continue the US policy of treating China’s tech giant Huawei as a national security threat.

"I will review the policy, consult with the industry, our allies and make an assessment as to what's best for American national and economic security," Raimondo said when asked about Huawei.

If her position is confirmed by the Senate, Raimondo will inherit a host of enforcement actions against Chinese tech companies left by the Trump administration.

Of these, the most notable would be the crackdown on Huawei Technologies Co that requires US firms to obtain government licenses before they can transact with the Chinese telecom giant. Congress also approved in December $1.9 billion to fund the replacement of ZTE and Huawei equipment in US networks.

The Commerce Department had overseen the restrictions on China via an "Entity List" created by the Trump administration. It was responsible for broad national-security based tariffs the United States imposed on steel and aluminum from key trading partners, including the European Union.

Toward the end of his term last year, then-President Donald Trump also went after Chinese social media and payment applications TikTok and WeChat, trying to force their sale to US entities. Those moves were later struck down by US courts.