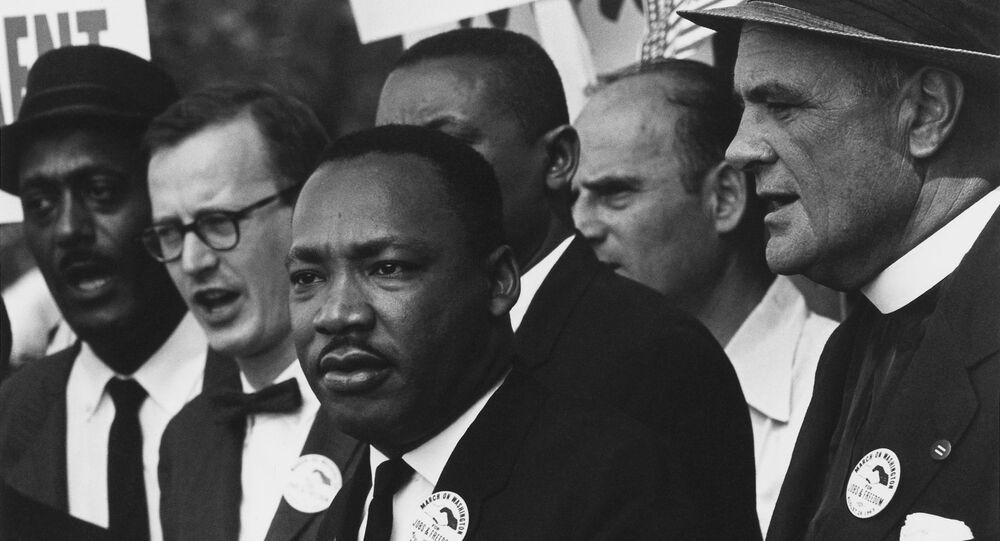 America Divided? Take a Look Back to the Era of Civil Rights Struggle

Decades of legislative racial discrimination, lynchings and open police brutality against protesters during the US civil rights struggle testify to deep national division well into the 1970s — putting the current 'culture war' between conservatives and liberals into perspective.

Media pundits claim the USA is more divided than ever after four years of Donald Trump's presidency was ended by President Joe Biden's election, contested in the courts and believed to be illegitimate by seven in ten Republican voters.

But are Americans truly suffering a worse schism than during the years of often-bloody struggle for black civil rights?

The campaign for racial equality saw a resurgence in the years following the Second World War, as more than a million returning black servicemen and women felt they had earned the right to full citizenship, including the right to vote commonly denied them in the former slave states under the so-called 'Jim Crow' laws.

Racial segregation in the Deep South was a hundred-year hangover from the American Civil War and a dirty deal between the abolitionist Republicans and pro-slavery Democrats to end the era of reconstruction in return for settling the disputed 1876 presidential election. Access to public spaces and amenities such as restaurants, beaches, drinking water fountains and public transport was divided along colour lines.

The brutal 1954 kidnapping murder of 14-year-old Emmett Till,  a Chicago resident visiting relatives in Mississippi, shocked the nation. Till's mother Mamie insisted on an open casket for his funeral so all could see how his mutilated body, which had lain in a river for three days before he was discovered beaten and shot to death.

1955 was a pivotal year in the desegregation campaign, seeing a series of protests against segregated seating on buses, where black people were forced to sit at the rear of the vehicle. The most famous, although not the first, was the year-long bus boycott in Montgomery, Alabama.

The boycott was organised after seamstress Rosa Parks, secretary of the local branch of the National Association for the Advancement of Colored People (NAACP) was arrested for refusing to give up her seat to a white passenger.

© CC0
Rosa Parks being fingerprinted on February 22, 1956, by Lieutenant D.H. Lackey as one of the people indicted as leaders of the Montgomery bus boycott.

The Montgomery protest saw the emergence of a young Baptist minister named Martin Luther King, after the German founder of Protestant Christianity, as a civil rights leader. King founded the Southern Christian Leadership Conference (SCLC), which organised some of the most important anti-segregation protests of the 1960s.Those included the August 1963 March on Washington for Jobs and Freedom, where King made his famous "I have a dream" speech.

Segregation in the US was officially abolished under the Civil Rights Act of 1964, signed into law by southern Democrat president Lyndon Johnson a year after John F Kennedy's assassination.

The SCLC organised the three marches from Selma, Alabama, to the state capital Montgomery in 1965 against continued racial discrimination in the state in defiance of the new law.

© Wikipedia / Peter Pettus; Library of Congress
Participants, some carrying American flags, marching in the civil rights march from Selma to Montgomery, Alabama in 1965

The first, on March 7 1965, became known as 'Bloody Sunday' after state troopers and local men deputised by the sheriff attacked the group of 500 to 600 marchers. 17 were hospitalised and 50 more treated for lesser injuries.

Martin Luther King later became a vocal opponent of the Vietnam war, and organised the inter-racial Poor People's Campaign for jobs and better wages. He was assassinated on March 29, 1968 while visiting Memphis, Tennessee, in support of striking sanitary workers.