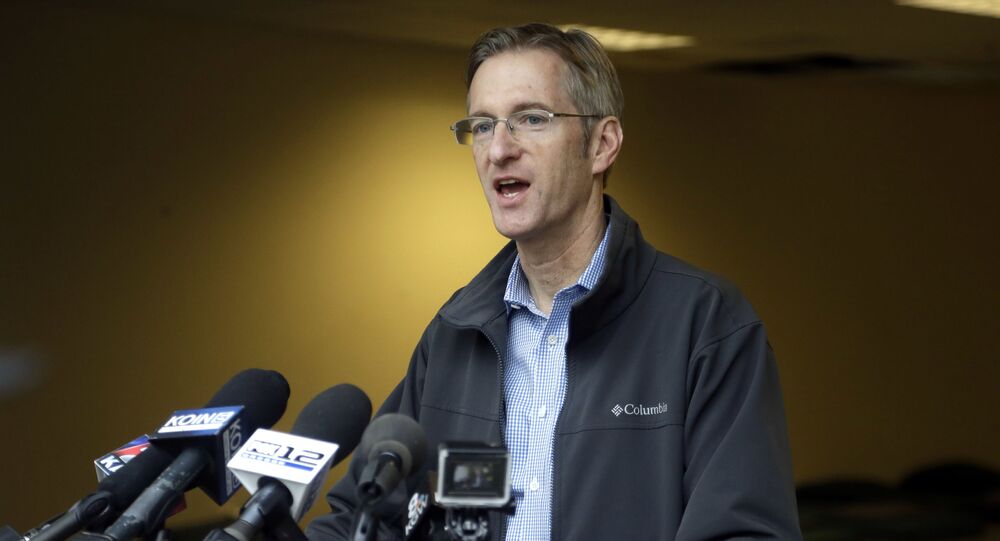 Amid the increasing numbers of new COVID-19 cases, some US officials throughout the country have reportedly been spotted violating their own coronavirus guidelines, imposed to prevent the spread of the disease.

Portland Mayor Ted Wheeler used a can of pepper spray against a man who clung to him with accusations that the official hadn't followed the city's coronavirus-related restrictions, an excerpt from a police report by Sgt Peter Simpson, published on Monday, reads.

According to the document, Wheeler was leaving a pub on Sunday, when the man started following him, taking photos and videos, and claiming the mayor had violated the city's rules by sitting in the restaurant without a face mask.

Wheeler clarified that he was sitting in "the tented area of the restaurant", where eating and drinking is permitted without a face mask. He then warned the man, who wasn't wearing mask and came too close while recording, that he would be pepper sprayed if he didn't allow Wheeler to enter his car. The man didn't back down and Wheeler sprayed him in the eyes.

Last November, California Governor Gavin Newsom and San Francisco Mayor London Breed were spotted at two different parties in an upscale restaurant called The French Laundry in Napa County. It wasn't forbidden by law, but state authorities had "strongly discouraged" gatherings and Breed herself had earlier recommended to refrain from non-essential meetings. Newsom has since faced a recall campaign in part due to his apparent violation of the restrictive rules.

To date, the US has the world's highest coronavirus rates, with more than 25 million cases and over 421,000 COVID-related deaths having been recorded since the pandemic began, according to Johns Hopkins University.