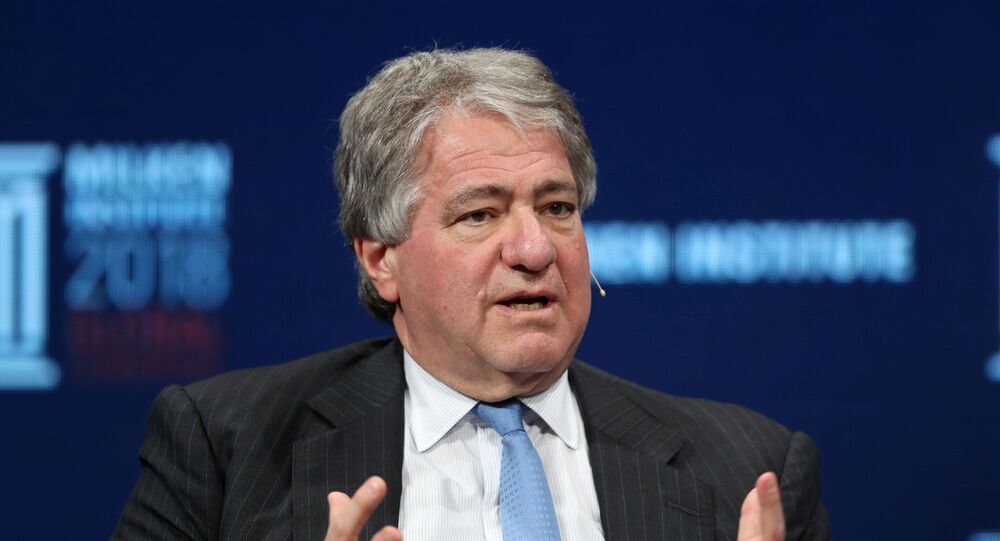 Jeffrey Epstein, a late American investor and convicted sex offender, was additionally accused of sexual abuse and trafficking of underage girls. Many famous people, including former US President Donald Trump and the UK's Prince Andrew, found themselves in the spotlight of media attention in connection with the Epstein scandal.

The CEO of Apollo Global Management, Leon Black, announced on Monday that he will resign from his position after the hedge fund conducted an internal investigation into the relationship between Black and late American financier and convicted sex offender Jeffrey Epstein.

"Given the extraordinary strength and depth of Apollo’s management team and consistent with best-in-class governance practices, I have advised the Apollo Board that I will retire as CEO on or before my 70th birthday in July and remain as chairman", Black said in his letter. "In that role, I look forward to focusing on strategic planning, growth initiatives, investment opportunities and supporting Apollo, which has been my life’s work, in whatever ways I can."

The company also revealed that Black will be succeeded by Marc Rowan, who was unanimously approved by the hedge fund's executive committee.

Apollo stated that it is releasing the report made by the Dechert LLP legal firm regarding the Black-Epstein relationship, providing some key takeaways. In particular, the statement highlighted that the report found no evidence of Black participating in Epstein's criminal activities, while admitting that Epstein "regularly advised" Black on "trust and estate planning, tax issues, philanthropic endeavors, and the operation of his Family Office".

"All fees paid to Mr. Epstein by Mr. Black or his Family Office were for bona fide tax, estate planning and other related services, and the amounts were intended to be proportional to the value provided by Mr. Epstein", Apollo claimed, citing the report.

In its report, according to The Wall Street Journal, Dechert found that Black paid Epstein $148 million, plus a $10 million donation to a charity.

“In short, there is no question that Epstein performed substantive work for Black and that Black genuinely believed that Epstein was extremely smart, capable, and saved him substantial amounts of money", the report said, cited by the WSJ.

In his letter Black highlighted that "both Apollo and I condemn Mr. Epstein’s reprehensible conduct in the strongest possible terms".

Previously convicted for sexual abuse, Epstein was arrested for a second time in 2019 on federal charges for sex trafficking of girls. He died in his prison cell in August 2019 after what is claimed to have been a suicide.