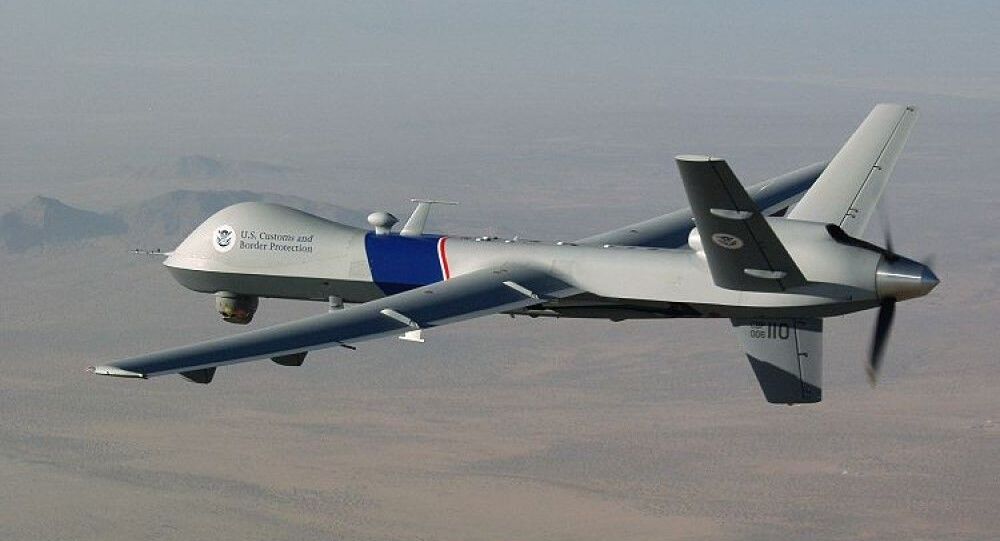 While the new Biden administration quickly sheds much of former US President Donald Trump's more unpopular policies, secretive agreements reportedly signed just days before Trump left office between the Department of Homeland Security and authorities in several US states could block significant changes in immigration policy for months.

In an executive order made just hours after his inauguration last week, US President Joe Biden ended the state of emergency at the US-Mexico border that was previously declared by former President Donald Trump to justify special appropriations of cash for his pet border-wall project.

The militarization of the US border with Mexico is not likely to end anytime soon, however, as the Military Times reported on Monday that the mission of the roughly 3,000 US troops stationed in the region in support of US Customs and Border Protection’s (CBP) efforts “will continue as normal,” according to a Pentagon spokesperson.

In a January 22 phone call with Mexican President Andrés Manuel López Obrador, the two heads of state “agreed to work closely to stem the flow of irregular migration to Mexico and the United States,” according to a White House readout of the call. The news release made no mention of the roughly 15,000 Mexican troops Trump strong-armed Mexico City into dispatching to the US-Mexico border in 2019 to halt northern immigration.

As a result of Biden’s executive order, various projects authorized by the Trump declaration are being reviewed by the new administration. If the legislation Biden sent to Congress the next day is an indicator, his policy is not likely to differ much from that of his predecessors - and could even carry new and dangerous threats to American civil liberties.

Jessica Bolter, associate policy analyst at the Migration Policy Institute, told The Nation that “it has been easy for politicians to point to border security technology as a fallback option if they just don’t like the idea of physical barriers,” which is likely to be attractive to Biden as he seeks to distance himself from Trump’s hated policies while retaining the same basic conception of border control as a national security issue.

A fact sheet on Biden’s US Citizenship Act of 2021 introduced in the Senate on Thursday hints at a new reliance on technology to police the border.

One part of the fact sheet addresses “supplement[ing] existing border resources with technology and infrastructure” and calls for the secretary of homeland security to “develop and implement a strategy to manage and secure the southern border between ports of entry that focuses on flexible solutions and technologies that expand the ability to detect illicit activity, evaluate the effectiveness of border security operations, and be easily relocated and broken out by Border Patrol Sector.”

While this could include motion sensors or facial recognition technology, it would also almost certainly include unmanned aerial vehicles.

Defense One reported that two major drone manufacturers, Sikorsky and General Atomics, have lobbied the Federal Aviation Administration for years to update US regulations to allow for operating fixed-wing drones like the MQ-9B SkyGuardian in US skies. They expect to win such permission by 2025, and would then be able to deploy stateside the same citywide surveillance tech used over urban battlefields in the Middle East - a goal laid out by the Pentagon as early as 2010.

Indeed, the DHS already has special permission to fly fixed-wing UAVs like General Atomics MQ-1 Predator over the more isolated parts of the border -  and has even deployed them to surveil Americans well inside the border: after massive protests broke out in Minneapolis, Minnesota, in May 2020 following the in-custody death of George Floyd, a 46-year-old black man, at the hands of while police, a CBP Predator drone from the US-Canada border was spotted circling the city.

Surveillance technology, even that restricted to border areas, has huge implications to US civil liberties. Within 100 miles of any US border exists a so-called “Constitution-free zone” established in 1953 by the US Department of Justice to give CBP agents almost unstoppable legal power to search and surveil people without a warrant. Two-thirds of the US population lives within such zones, which include sea borders. The American Civil Liberties Union has called attention to the extensive abuses of the system, calling it a “dragnet approach to law enforcement and national security” that is “increasingly turning us all into suspects.”

Biden's legislation also calls for a slew of advanced new technologies to ”expedite screening and enhance the ability to identify narcotics and other contraband at every land, air, and sea port of entry,” including “high-throughput scanning technologies to ensure that all commercial and passenger vehicles and freight rail traffic entering the United States at land ports of entry and rail-border crossings along the border undergo pre-primary scanning,” according to the fact sheet.

The Nation suggested that the proposal appears to follow the same logic as underpinned the approach of Trump senior adviser Stephen Miller, architect of the Migrant Protection Protocols (MPP) program that separated children from their parents and pushed asylum-seekers into squalid refugee camps south of the US-Mexico border until they get a hearing. The program has a backlog of tens of thousands of applicants and, as one lawyer told Mother Jones last year, is basically “a f**king disaster designed to fail.” Biden has suspended MPP enrollment pending a review of the program, which continues to admit applicants to hearings at only a trickle.

Biden’s nominee to head the DHS, Alejandro Mayorkas, has pledged to end the MPP. Mayorkas was formerly chief of US Citizenship and Immigration Services, a DHS agency. However, Edward Hasbrouck, a consultant with the Identity Project, told the Nation that agency officials are likely to continue pushing in the opposite direction in order to make border entry as predictable as airport arrivals, in an effort to ease the screening process.

At the border, anyone can show up and ask to cross, making a process of “pre-approval that externalizes and moves the borders further and further away” desirable, Hasbrouck said.

A readout of Biden’s call with Lopez Obrador made only vague mention of “improving processing at the border to adjudicate requests for asylum, and reversing the previous administration’s draconian immigration policies” and to “work closely to stem the flow of irregular migration to Mexico and the United States,” leaving it unclear how Biden will respond.

The changes Biden has proposed are being fought by some GOP officials in four states, citing the Sanctuary for Americans First Enactment (SAFE) agreements they quietly reached with the DHS just weeks before Trump left office. According to BuzzFeed News, the documents ensure they will get a six-month period in which to review and challenge any changes to DHS policies before they take effect - a move seemingly catered toward hamstringing any attempt by Biden to quickly change Trump policies.

Joe Biden Urged to Commute Federal Death Sentences by 35 Democrats But Who Would Get a Reprieve?