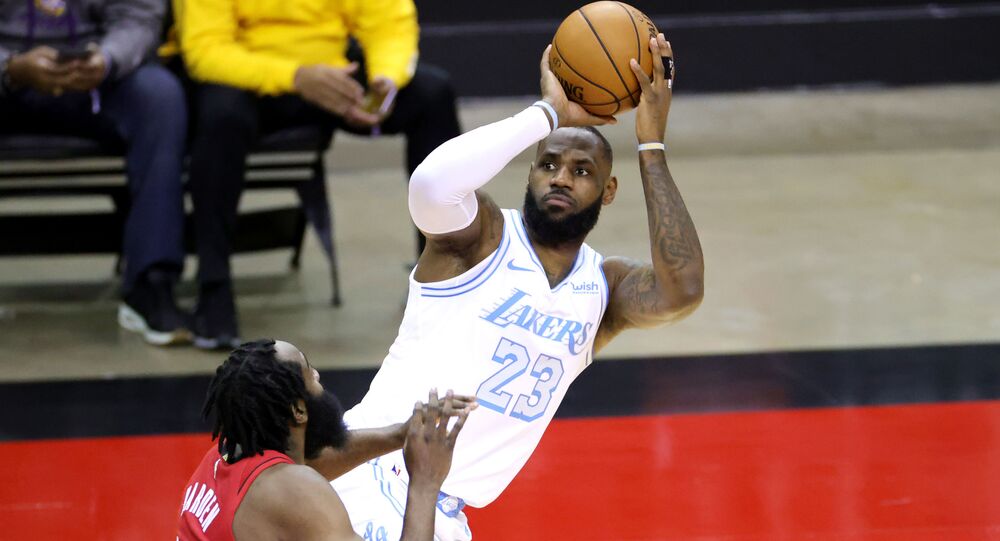 LeBron James, a four-time NBA champion, is an American basketball player with the Los Angeles Lakers. Earlier in 2020, he endorsed Joe Biden for the US presidency, just before the 3 November election.

After Ohio Senator Rob Portman announced on Monday that he would not run for the seat in 2022, netizens immediately hyped up the idea of NBA star LeBron James seeking a seat in the Senate.

The Republican Senator revealed that he is going to retire, citing the issue of polarization between the two parties and saying that this problem has worsened over the past few decades.

"We live in an increasingly polarized country where members of both parties are being pushed further to the right and further to the left, and that means too few people who are actively looking to find common ground", Portman stated.

LeBron, who has no public party affiliation, has expressed support to Democratic candidates during the last four presidential elections in the United States, endorsing Barack Obama in 2008 and 2012, Hillary Clinton in 2016 and Joe Biden in 2020.

An open seat in Ohio, you say? pic.twitter.com/vgTDDFghsE

If LeBron James make the Senate and the finals in the same year he’s really the goat https://t.co/KZ5BFb4fVd

Instead of donating to a party that has failed Ohio. We need a transformative leader. Please get the word out and bring LeBron James home to take the senate seat. https://t.co/cY4eRBTDKh

​Some people suggested more basketball players for the Senate.

​Despite LeBron's activism and vocal political positions on multiple issues, some netizens appeared to dislike the idea of the sport icon running for Senate.

Just what we need. Another arrogant jerk in the senate.

LeBron James for US Senate calls ramp up amid Portman's decision not to see reelection https://t.co/GLqB2FvJlV #FoxNews

Can we stop with pushing celebrities to run for office. Like literally begging them to. I love LeBron James, but he should not run for Senate.

I wonder if LeBron could spell the word Senate. Next y’all gonna tell us Charlamagne tha God should be Mayor of New York 😂😂😂💦

​The 36-year-old basketballer has also been a vocal critic of the former US president, Donald Trump, questioning his "Make America Great Again" slogan and calling him "a bum".

Earlier in 2020, LeBron said no to suggestions that he could run for the White House. His stance on a possible Senate bid is unknown.

Currently, the Senate is divided evenly between Democrats and Republicans, with Vice President Kamala Harris providing the additional Democratic vote in the event of a tie, as Senate president.

What a Shot! Check Out This Little LeBron in the Making