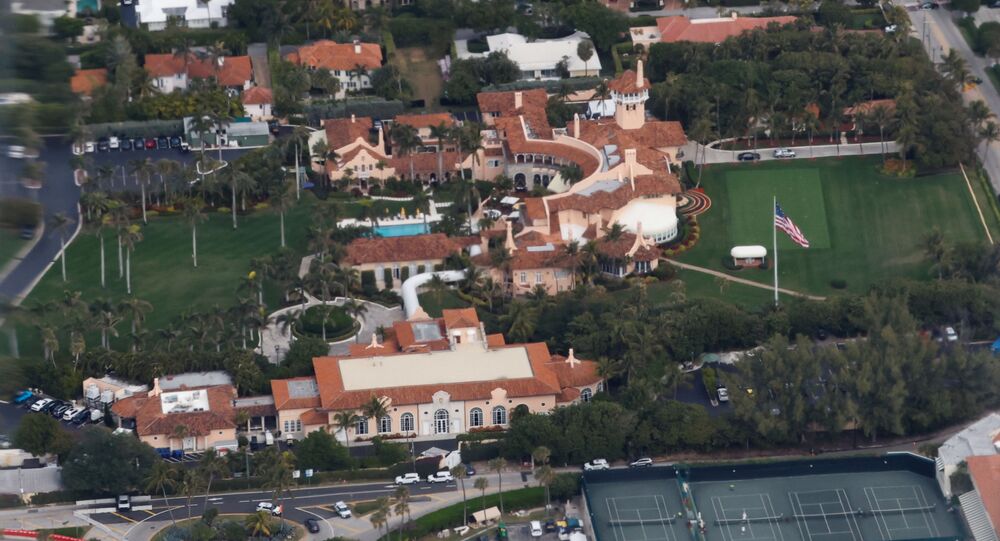 After his tenure ended on 20 January, as Democratic President Joe Biden entered the White House, the 45th US president, Donald Trump, with his wife Melania, left Washington DC to settle in Mar-a-Lago in Florida as private citizens.

The 45th US president, Donald Trump, was trolled on Sunday with mocking sky banners flown above his residence in Mar-a-Lago, Florida, according to multiple photos and videos shared online.

The banners labeled Trump "worst president ever", "pathetic loser" and advised him to "go back to Moscow", apparently referring to the dis-proven claims that Trump colluded with the Russian government in 2016 to get elected.

The critical sky greetings appeared above the beach in Florida's city of Palm Beach, after the ex-president, originally a New Yorker, arrived in Mar-a-Lago five days ago after departing from the White House.

Palm Beach is going to make his life miserable, and want him out since club membership has dropped to record lows. They say it’s a miserable place w/bad food lol. pic.twitter.com/O4DPCFSbEx

According to media reports, many members of the Mar-a-Lago private resort are leaving because they reportedly do not want to appear to be connected with Trump.

Laurence Leamer, historian and author of "Mar-a-Lago: Inside the Gates of Power at Donald Trump's Presidential Palace," said, quoted by MSNBC, that the resort is "a very dispirited place", with members who are allegedly "not concerned about politics and they said the food is no good."

In 2019, Trump switched his permanent residence to his Mar-a-Lago private club in Palm Beach, away from the Trump Tower in New York City, complaining that he had been "treated very badly" by politicians in the Empire State.

According to The Washington Post, residents of the town have delivered a demand letter to city authorities saying that Trump cannot legally live in the resort, as, in 1993, he signed an agreement with the city of Palm Beach, to convert a private residence into a private club that can sell memberships.