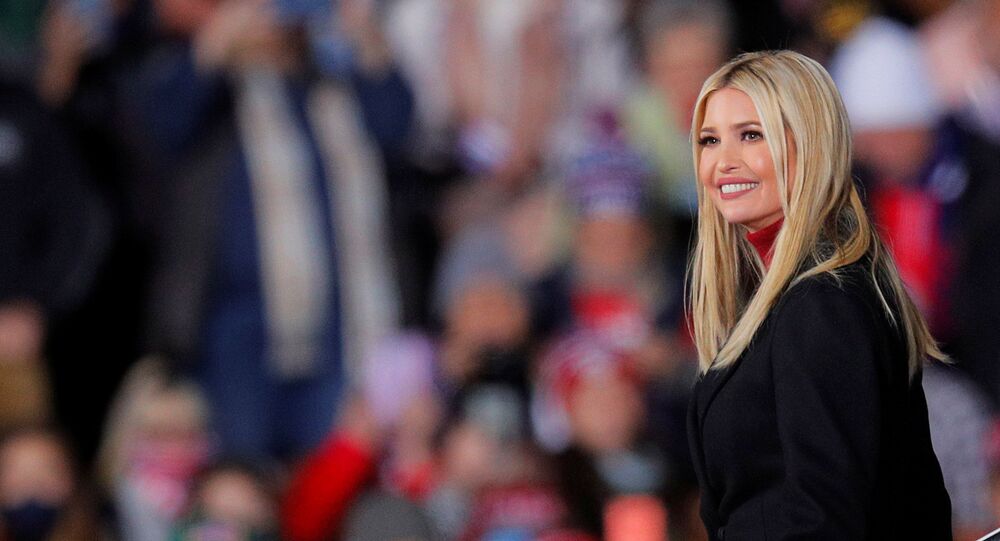 'Have We Reached Frozen Hell Yet?' Netizens Weigh in on Prospect of Rubio vs Ivanka Trump Primary

Ivanka Trump and her husband Jared Kushner have decamped to Florida following her father’s presidency, and the possibilities of the ex-First Daughter’s future politic arc have been triggering a spate of speculations.

Florida senator Marco Rubio was left visibly squirming on Sunday as he was grilled by Fox News Sunday host Chris Wallace on the possibility of a future primary challenge by Ivanka Trump.

“How seriously do you take Ivanka Trump as a potential opponent?” queried Wallace, feeding into the rife speculation over the ex-First Daughter’s political ambitions.

“Well, I, I, I don’t really get into the parlour games of Washington,” stammered the state’s senior Republican senator, seemingly determined to avoid mentioning the Trump name.

Coming up on #FoxNewsSunday with Chris Wallace;

​The senator then conceded that when one runs for re-election in a state like Florida, one needs to be ‘prepared for a competitive race’.

“…So that’s what I’m preparing to run, a very competitive race against a tough opponent… I don’t own the Senate seat, it doesn’t belong to me. If I want to be back in the US Senate I have to earn that every six years,”

As the host showed relentless doggedness in attempting to make Rubio acknowledge the name of his possible challenger in 2022, the senator gave in, blurting:

“I like Ivanka, and we worked very well together on issues, and she’s a US…”

At this point the politician, widely considered to have enjoyed somewhat of a love-hate relationship with Donald Trump, pivoted to a lauding his perceived successes “for the people of Florida” since winning his seat in 2010.

Marco Rubio ran for the Republican presidential nomination in 2016 that was ultimately won by Donald Trump.

This was not the first awkward media moment linked with Ivanka Trump’s name that Rubio had to face fallout from. Back in June 2017 the senator was photographed being stonewalled by the-then POTUS’s first daughter when he attempted to give her a hug in Washington.

​The hug-fail immediately went viral, with an embarrassed Rubio trying to make light of that episode, and vowing that a full investigation by the Senate intelligence committee would probe into why the image was “blowing up Twitter”.

Ivanka Trump’s political future has been brought into sharper focus now that her father’s stint at the White House had come to an end.

Following her purchase of property in Miami with her husband, Jared Kushner, the ex-president’s oldest daughter’s future career moves are the most-buzzed about.

According to GOP sources, cited by CNN, at least three Trump family members are being urged to run for office. Lara Trump, wife of the ex-president’s son Eric, is said to be contemplating a run for the Senate in North Carolina in 2022.

Trump’s eldest son, Don Jr., is also allegedly eyeing a future in politics as well, while the former senior White House adviser Ivanka Trump has been reported as mulling a primary challenge to Sen. Marco Rubio.

“We’re taking the possibility seriously. And so is Marco. And that’s a good thing. But you never know. She’s a Trump and the Trumps move on their own timetables,” a top Florida Republican was cited by the outlet as saying.

As social media reverberated to the report, some netizens weighed in with their comments on a potential face-off between the two.

A Marco vs Ivanka primary would be a wondrous, amazing, downward spiral into crazy.

That said, if the contest was, say, to drive from Miami to Jacksonville with no map and no navigation (it's not hard), I think Marco could do it and Ivanka couldn't. Does she even drive?

She would just about guarantee a Dem win.

Have we reached frozen hell yet?

Looking forward to that battle....

AMERICA YOUVE GOT TO BE KIDDING ME