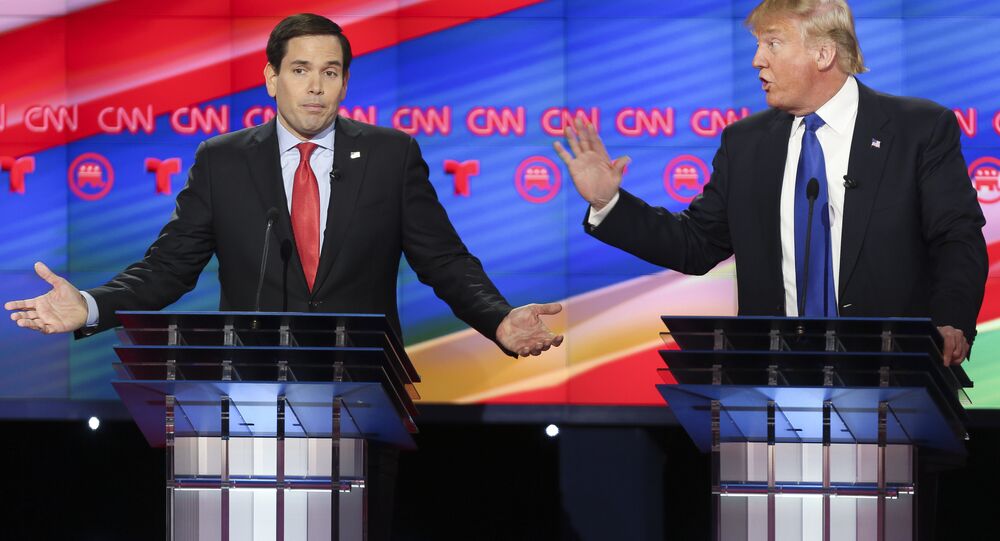 Although Donald Trump is no longer president of the United States, the Senate could still convict him and vote to ban him from running for office again.

As US President Donald Trump is facing impeachment for the second time for "incitement of insurrection" following the deadly events in the US Capitol building on 6 January, Republican Senator Marco Rubio on Sunday slammed the argument that former President Donald Trump should be impeached so that he can’t seek public office again as “arrogant”.

“I think that's an arrogant statement for anyone to make. Voters get to decide that. Who are we to tell voters who they can vote for in the future?” Rubio said. Trump's second Senate impeachment trial starts on 8 February – and if convicted, Trump would be disqualified from running for president ever again.

This, however, is quite unlikely to occur, since it will take 67 votes in the 100-seat Senate to convict Trump on the charges, which would require 17 Republican senators to break rank.

On 18 December 2019, Trump was impeached by the House for abuse of power and obstruction of Congress after a formal House inquiry claimed that he had solicited foreign interference in the 2020 presidential election. The Senate acquitted Trump of these charges in February 2020 with only one Republican, Utah Senator Mitt Romney - a prominent critic of Donald Trump, voting in favour of one article of impeachment. This makes Trump the only president in the history of the United States to face impeachment twice.