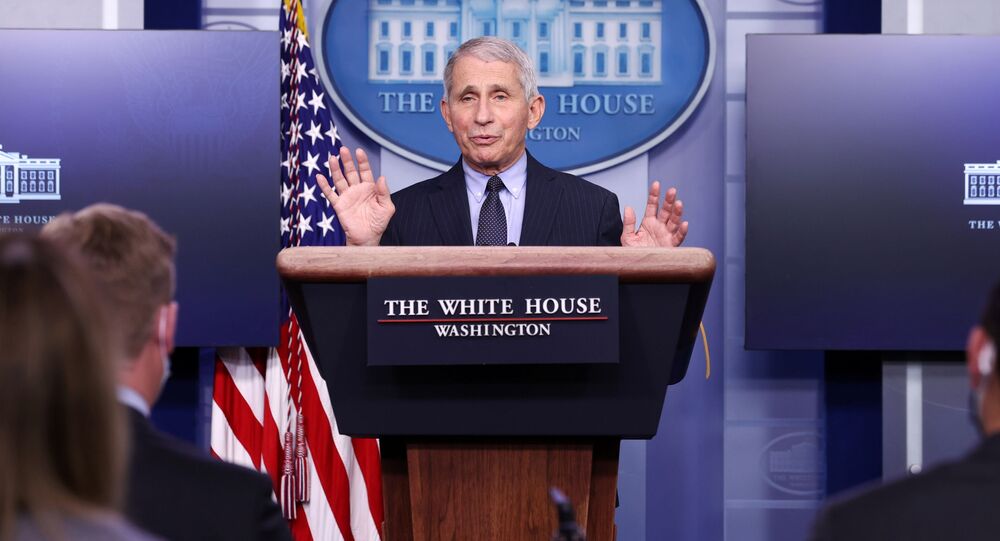 Fauci said earlier that the surveillance of viruses in the US is not at the level he would have liked to see. However, vaccines against the South African strain, as well as the "British" coronavirus variant, would still be successful, he claimed.

US National Institute of Allergy and Infectious Diseases Director and current advisor to US president Joe Biden, Anthony Fauci, cautioned on Sunday that new data suggested that the COVID-19 strain that first appeared in the United Kingdom may be deadlier than the original.

“We need to assume now what has been circulating in the UK does have an increase in virulence, meaning the power of the virus to cause more damage, including death,” Fauci said in an interview with CBS.

Fauci said that British officials originally claimed that the new version was not more dangerous, but after a report that showed it was about 30% more deadly in older adults, they have now reversed course.

“We want to look at the data ourselves, but we have every reason to believe them. They’re a very competent group,” Fauci said.

According to the Centers for Disease Control and Prevention, the UK strain has been confirmed in at least 22 nations.

Fauci claimed that the vaccines available for COVID-19 still seem to be successful against the variant, although he acknowledges that there may be a "very minor diminution" in safety. However, he said that when it comes to another new strain first found in South Africa, which appears to be more resistant to the vaccine, it is a "little more concerning," so health authorities and companies may need to strengthen their vaccines in the future.

“It looks like it does diminish more so the efficacy of the vaccine, but we’re still within that cushion level of the vaccines being advantageous against these mutants,” Fauci said. "Having said that, we are going to look at this and follow this very carefully because these things do evolve. What we will do and are doing is making preparations for the possibility that… down the line, we may need to modify and upgrade the vaccines."

© REUTERS / HENRY NICHOLLS
UK Scientists Question Johnson's Warning That 'British' COVID-19 Strain Is More Deadly
On Friday, the kingdom's prime minister, Boris Johnson, stated that the evidence showed "a higher degree of mortality" of the new variant, which may reach up to 30%, although some scientists have questioned such conclusions drawn ahead of time.

The United Kingdom notified the World Health Organization in December of a mutated version of the novel coronavirus that is reported to be 70% more transmissible than other strains. While the latest strain has not been shown to be more pathogenic, several countries have closed their borders with the United Kingdom and have suspended travel. However, the closures so far have not stopped the variant from spreading.

The US is leading the global coronavirus count, with more than 25 million infections reported and more than 418,000 virus-related deaths, according to the Johns Hopkins University data.