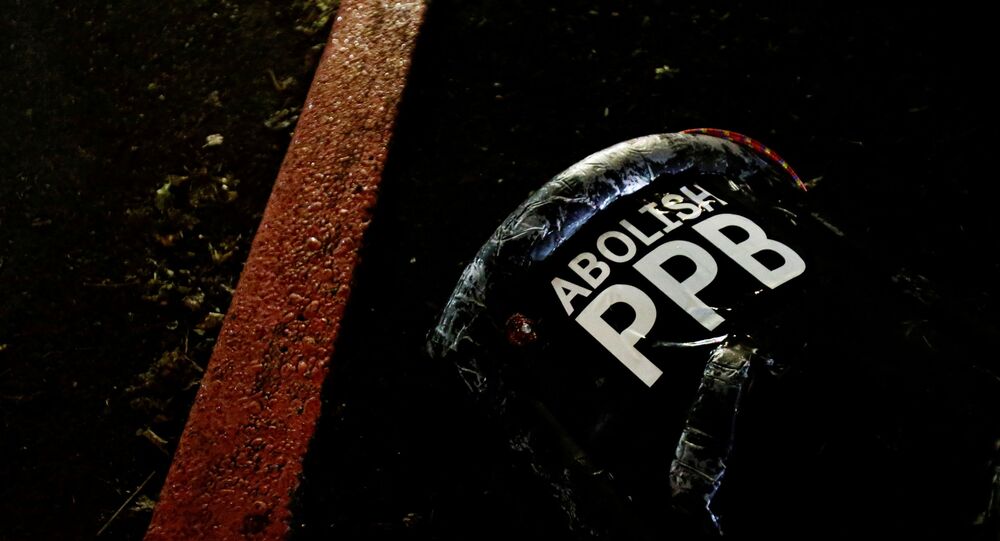 His words followed the violent events on January 20 - the day of Joe Biden's inauguration - when Antifa protesters attacked the headquarters of the Democratic Party in Portland and staged demonstrations in other cities across the United States.

Rioters who damage property will be arrested and prosecuted under a tougher new policy, Seattle Police Chief Adrian Diaz said.

"On January 20th, the events at a variety of locations had no meaning. There was no discussion about what they were fighting for, or what type of social justice message. That cannot happen," Diaz said, according to The Seattle Times.

On Wednesday night, rioters of the far-left Antifa movement gathered in the central streets of Seattle and Portland to protest the presidential inauguration of Biden by burning flags, smashing windows and destroying property. According to the Portland police, a group of approximately 200 rioters targeted the city's Democratic Party of Oregon office, defacing it with anarchist symbols and slogans.

"Over Wednesday's events, it doesn’t matter who is in the presidential office, it really is a matter of understanding that people are just out there for destruction," Diaz reportedly said.

At least eight rioters were arrested in Portland on crimes related to the Wednesday night protest, including riots, reckless burning, criminal mischief, and possession of weapons. In Seattle, multiple sites in the city center were vandalized and one person was arrested, the local police department said.

In the pictures shared by the Seattle Police Department, Pike Place Market’s original Starbucks coffee shop is seen with its windows smashed, in addition to other downtown businesses that reportedly are concerned about safety in the wake of recent events.

Police are monitoring a group in #DowntownSeattle. Multiple sites have been vandalized. One arrest made for property damage. pic.twitter.com/oLfIsGt5Af

Police have arrested a man in the 1900 block of Pike Place for investigation of burglary and for the property damage seen in these photos. pic.twitter.com/l2HnB4Tvp5

According to police, protests against the inauguration of Biden continued on Thursday. Some of the protesters were armed with knives, smoke and tear-gas grenades as well as other weapons and equipment.

Portland and Seattle were two of the main hotspots of unrest over the summer in 2020, as protests against racism and police brutality were held across the United States following the death of African-American George Floyd. Specifically in Seattle, protesters last summer established the so-called "Capitol Hill Autonomous Zone", or "CHAZ", after police retreated from the area.

Chief Diaz said that since the protests started last summer, about 600 rioters have been arrested, but many of them were released with no prosecution due to concern over the rapid coronavirus spread in local jails.

In June, ex-Seattle police chief Carmen Best said that there were incoming reports about "rapes, robberies, and all sorts of violent acts" in the CHAZ, which the authorities were unable to respond to. However, Seattle Mayor Jenny Durkan described the establishment of the "CHAZ" as an act of "patriotism", apparently indicating her positive view of the situation.

Former President Donald Trump had repeatedly called on the authorities in Seattle and Portland to take tougher measures against the rioters, who he called "anarchists" and even "terrorists", and restore law and order in the cities.