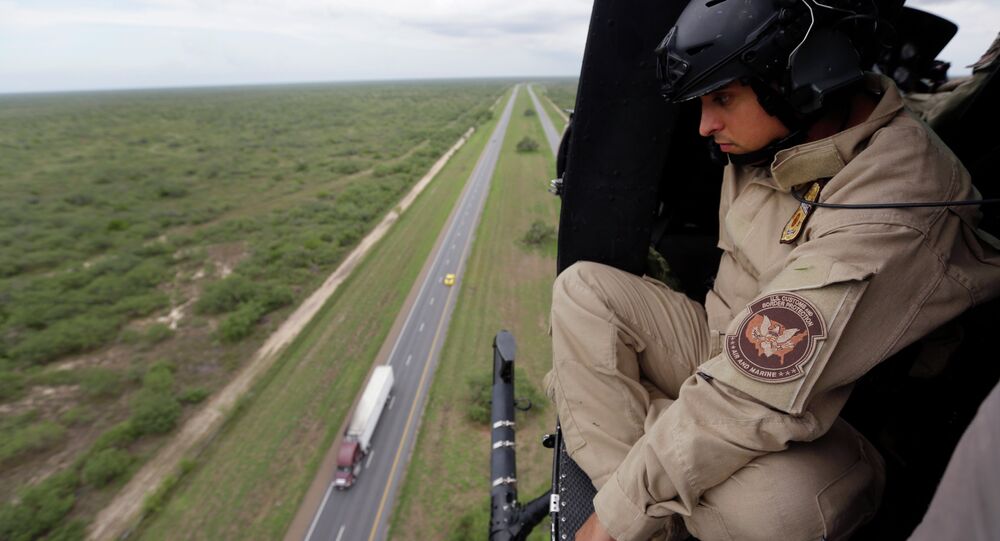 Earlier, reports surfaced detailing that Texas was intending to sue the Biden administration over its move to halt the majority of deportations for the duration of the new president's first 100 days in office.

Texas Attorney General Ken Paxton filed a complaint and a motion on Friday for a restraining order to immediately block the Biden administration's move to enact a temporary freeze on deportations.

The measure, which was filed in the US District Court for the Southern District of Texas, accuses the new US administration of violating the "US Constitution, federal immigration and administrative law, and a contractual agreement between Texas and [the Department of Homeland Security (DHS)]."

"On its first day in office, the Biden Administration cast aside congressionally enacted immigration laws and suspended the removal of illegal aliens whose removal is compelled by those very laws," reads the filing. "In doing so, it ignored basic constitutional principles and violated its written pledge to work cooperatively with the State of Texas to address shared immigration enforcement concerns."

"This unlawful reversal will cause Texas immediate and irreparable harm if it is not enjoined," the legal complaint noted. It also indicated that "without emergency relief, Texas faces irreparable harm from having to provide costly educational, social, welfare, healthcare, and other services to illegal aliens who remain in Texas because defendants have ceased removing them."

It's unlikely that the legal move will have any success in reinstating deportations across the board, according to immigration lawyer Leon Fresco, who explained to Axios that a judge isn't able to force US Immigration and Customs Enforcement (ICE) officials to remove an individual.

The contractual agreement cited by Paxton was signed on December 31 by Texas Gov. Greg Abbott and Ken Cuccinelli, the former acting deputy secretary of the DHS. The deal requires DHS to consult with Texas officials and give them a 180-day written notice of any proposed actions that may alter the Lone Star State's illegal immigration protocols.

Additionally, the agreement notes that a failure to comply with the terms would prompt parties to file an injunction. A possible termination of the pact would require another 180-day notice.

Paxton's filing came hours after he issued a warning letter to acting DHS Secretary David Pekoske on Thursday night, stating that the administration's moratorium was an "unlawful pause" on deportations.

The order, which went into effect on Friday, stipulates that the temporary pause would "allow DHS to ensure that its resources are dedicated to responding to the most pressing challenges that the United States faces." The order effectively halts the deportation of any noncitizen, except those who pose a danger to national security, were not physically present in the US before November 2020 or who have voluntarily agreed to leave the country.

In fiscal year 2020, the ICE agency detained over 450,000 individuals who were found illegally crossing the US' southern border with Mexico; however, when it came to deportations, the agency removed more than 185,000 persons.