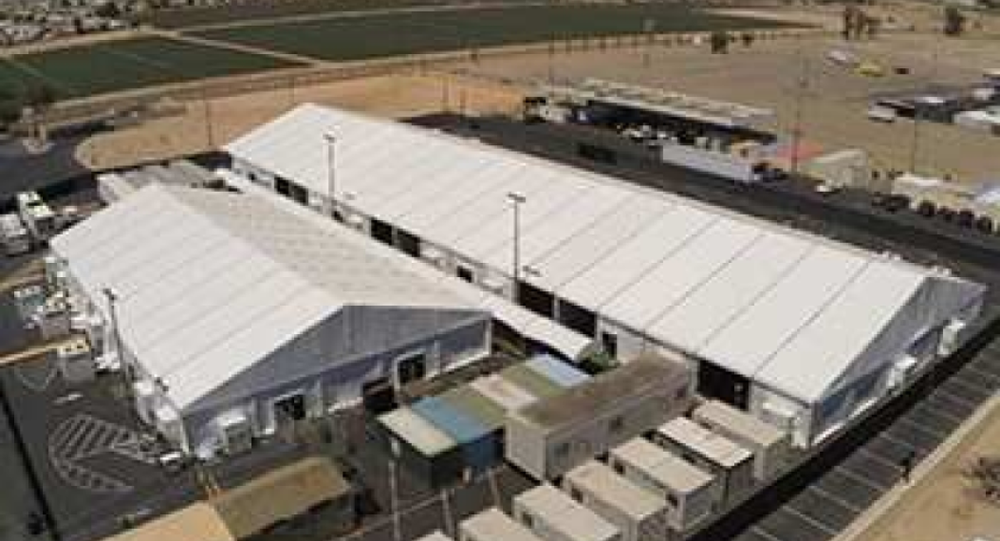 On his first day in office, US President Joe Biden made sweeping changes to US immigration policies, but many programs from the Trump administration will continue even as new legislation is considered, including the construction of processing facilities that had previously aroused so much ire.

US Customs and Border Protection (CBP) are planning new migrant youth detention facilities in southern Texas near the Mexico border. The federal law enforcement agency was handed a new contract in the final days of the Trump administration.

Border Report reported on Thursday that CBP officials had confirmed the construction of new soft-sided tents in Donna, Texas, a city a few miles north of the US-Mexico border.

“CBP is moving forward with plans for the mobilization of soft-side facilities (SSF) in Donna, Texas. A lease with the city of  Donna was awarded on January 15, 2021 and the notice to proceed was signed on January 19, 2021,” CBP officials told the outlet. “Construction of the SSF should be completed in approximately 30 days.”

January 19 was the last full day of Donald Trump’s presidency. While Trump wasn't the originator border detention facilities or the crackdown on migrants by Immigration and Customs Enforcement (ICE), the central place given to their expansion in Trump’s nationalist rhetoric helped stir widespread awareness and anger at the practices. No subject aroused more fury than youth detention, especially when forcibly separated from their parents by ICE.

The officials added that “Since April, CBP has seen a steady increase of UACs [unaccompanied alien children] from the Western Hemisphere due to the worsening economic conditions brought on by the COVID-19 pandemic. As such, CBP is constructing temporary soft-side facilities in Donna.”

A CBP document obtained by Border Report has information about costs redacted. However, it notes that the facility will support Migrant Protection Protocols (MPP) in the nearby border crossing cities of Laredo and Brownsville.

In the hours after US President Joe Biden was inaugurated on Wednesday, he began the process of rolling back many of Trump’s controversial policies, issuing executive orders that included halting construction of the border wall on the US-Mexico border, ending the travel ban on several Muslim-majority nations, and bolstering the Deferred Action for Childhood Arrivals (DACA) program, which protects immigrants brought to the US as children from being deported.

On Thursday, the Biden administration halted new enrollment in the MPP program, colloquially known as the “Remain in Mexico” policy, pending reform of the immigration system. Earlier in the day, Biden sent the relevant legislation to Congress, although leading Senate Republicans immediately shot down the proposal.

The bill would provide an expedited path to citizenship for some immigrants, including “Dreamers,” as those protected by DACA are called, as well as certain farm workers and immigrants in the US under Temporary Protected Status, which covers some refugees. It would also replace the term “alien” with “noncitizen” in legal nomenclature.

Meanwhile, tens of thousands of migrants already enrolled in the MPP program continue to wait in encampments across the border in Mexico, with hearings reduced to a trickle after the COVID-19 pandemic hit.