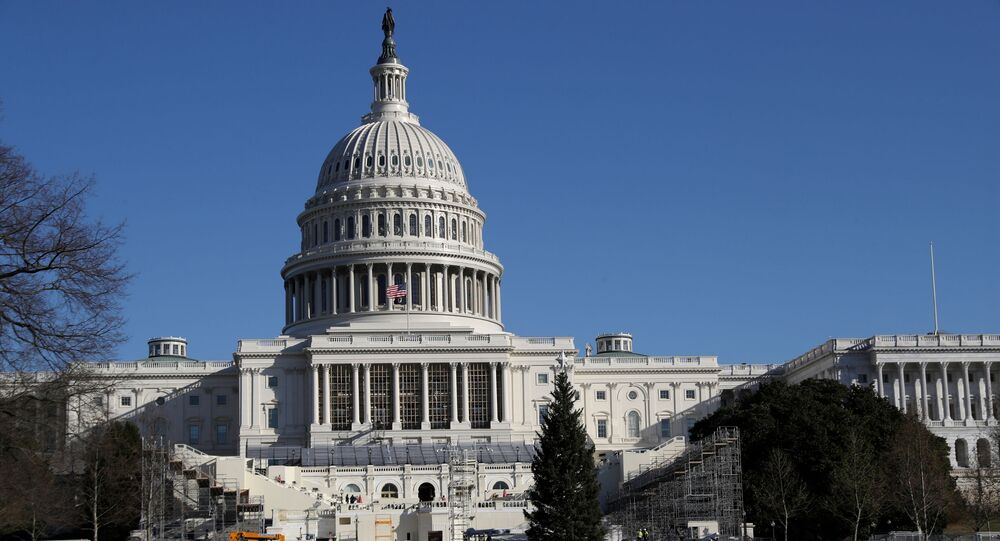 MOSCOW (Sputnik) - The United States Capitol Police (USCP) stopped congressman Andy Harris when a metal detector, recently installed at the Capitol building, went off, indicating that he was trying to bring a concealed gun to the floor of the House of Representatives, the CNN broadcaster reported on Friday.

On 12 January, the USCP introduced a new security system at the Capitol following the January 6 Capitol Hill riot. Under the current safety measures, the US legislators have to go through metal detectors at the Capitol to get to the floor.

The news outlet said that Harris set off the metal detector while trying to enter the chamber with a gun. He then asked his fellow party member John Katko to hold the firearm, but without success. The congressman then left the scene and returned without the weapon.

Democratic lawmaker Alexandria Ocasio-Cortez said that a lot of members of Congress were concerned about some members carrying guns at the Capitol.

According to the 1967 Capitol Police Board regulations, lawmakers who possess Washington licenses can carry registered firearms separately from ammunition on Capitol Hill grounds and in the halls of Congress. However, the regulations envisage that no legislators may enter the floor of either house of Congress with weapons.

On 6 January, a group of supporters of former President Donald Trump stormed Capitol Hill to protest lawmakers certifying elector slates from battleground states Trump claims are invalid and robbed him of election victory. At least three people died in the incident, including a female Air Force veteran, who was shot by police. The authorities have opened more than 170 cases in connection to the riot.