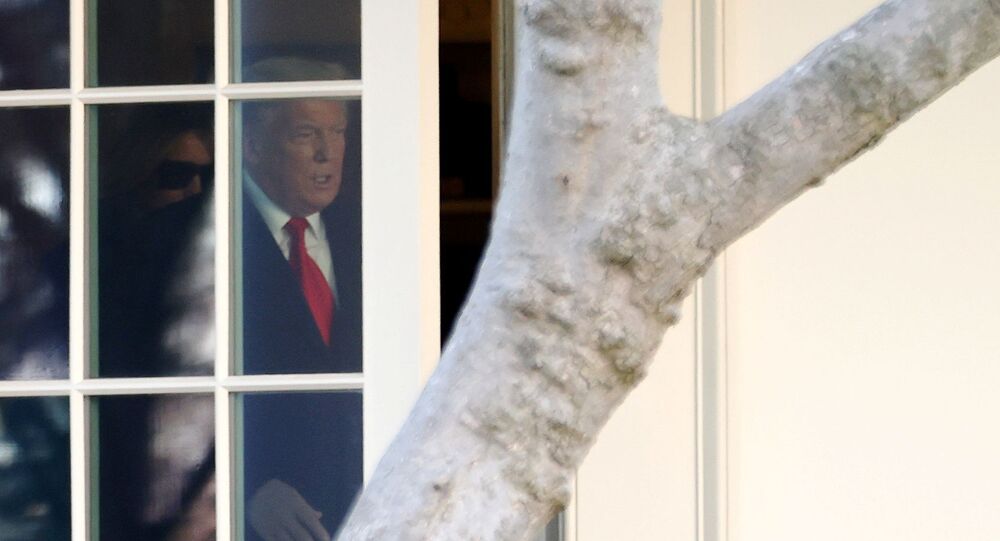 WASHINGTON (Sputnik) - A 55 percent majority of American voters view former President Donald Trump as the worst president in the past 50 years, according to a Scott Rasmussen poll released on Thursday.

“Fifty-five percent of voters nationwide rate Donald Trump as the worst president of the past half-century. A Scott Rasmussen national survey found that Barack Obama came in a distant second at 25%, with no other recent president reaching double digits,” a press release explaining the poll said.

On the flip side, 39 percent rated Obama as the best president of the past half century, with Ronald Reagan a distant second at 22 percent, the release said.

Apart from views regarding individual presidents, the results highlight how deeply entrenched the US partisan divide has become. Fifty percent of voters selected a Democrat as the best president while 49 percent selected a Republican, according to the release.

© REUTERS / CARLOS BARRIA
'Trump Has been the Best President in my Lifetime. He Has Put America First,' Analyst Says
Thus, 67 percent of Democrats believe Obama to be the greatest president of the last five decades. Republicans are divided, as 38% say it was Reagan and 33% say it was Trump.

According to the pollster's data, Scott Rasmussen conducted the survey of 1,200 registered voters from January 17-19, 2021. Respondents were contacted online through a Random Digital Engagement process.