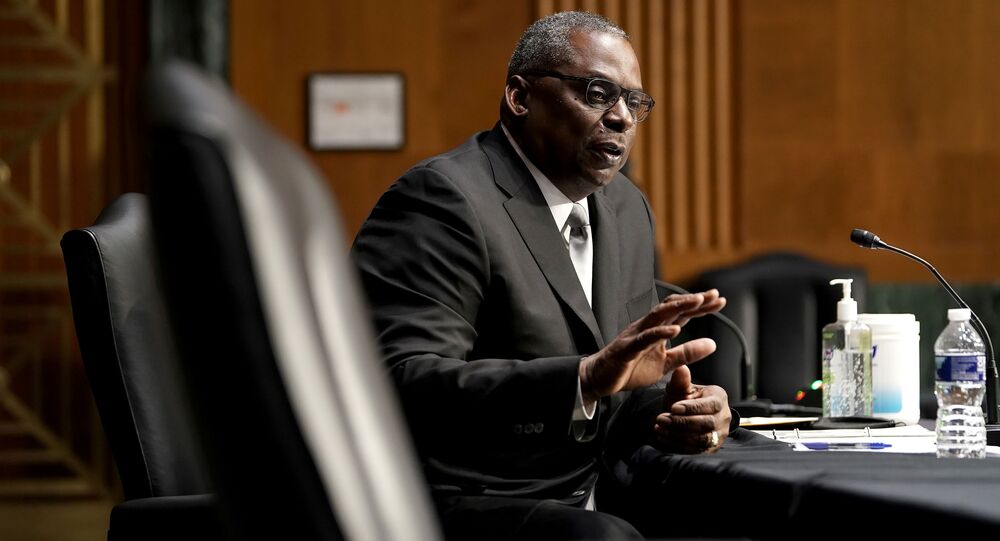 Sen. Jack Reed (D-RI), who previously said he would not back the waiver that prohibits recently retired officers from leading the US Department of Defense, notably reneged on his vow Wednesday, claiming retired Gen. Lloyd Austin is "exceptionally qualified" and "will restore direction to [the] Pentagon."

With a 326-78 vote, the House of Representatives approved on Thursday a necessary waiver that would otherwise forbid Austin, who retired from the US armed forces in 2016, from being considered for defense secretary. The waiver was subsequently cleared through the US Senate, with 69 US senators voting in favor of granting the much-needed waiver.

A total of 15 Democrats and 63 Republicans opposed the measure in the House chamber.

Per The National Security Act of 1947, the leader of the Pentagon must be a civilian and be well-removed from military service at the time of consideration.

"That a person who has within ten years been on active duty as a commissioned officer in a Regular component of the armed services shall not be eligible for appointment as Secretary of Defense," the law read. However, a 2008 change in legislation reduced the required period from 10 years to only seven years.

“There were universal accolades for the man but a concern about the precedent it sets,” an unnamed House Democrat told The Hill on a call following the vote.

Earlier Thursday, Senate Armed Services Committee moved to approve the waiver that allowed them to then vote and ultimately approve Biden's nomination of Austin for the position of defense secretary.

Committee approval on the matters followed extensive conversations related to Jim Mattis, the retired Marine general who received a waiver from Congress and went on to be Trump's first defense secretary. Mattis would ultimately resign from Trump's cabinet after more than a year and a half of policy disagreements.

At the time, Senate Republicans and Democrats within the committee united in widely bipartisan, 81-17 vote.

However, when discussions on Biden's nominee were held earlier this week, Sen. Tom Cotton (R-AR) argued that he would not vote to approve another waiver.

"I supported the waiver for Gen. Mattis with reservations four years ago, which I quickly came to view as a mistake and I have since regretted," remarked Cotton, an Army veteran with tours in Iraq and Afghanistan, as reported by NPR. "Unfortunately, I must announce that I oppose the waiver of the seven-year cooling-off period."

Sens. Richard Blumenthal (D-CT), Tammy Duckworth and Elizabeth Warren also opposed the waiver in their Thursday committee vote. Blumenthal and Duckworth are both US veterans.

“Let me say at the outset that I understand and respect the reservations some of you have expressed about having another recently retired general at the head of the Department of Defense,” he said during his Tuesday confirmation hearing before the Senate Armed Services Committee.

“The safety and security of our democracy demands competent civilian control of our armed forces, the subordination of military power to the civil."

Austin also pledged to lawmakers that, if confirmed, he will carry out his job "always with the goal to deter war."