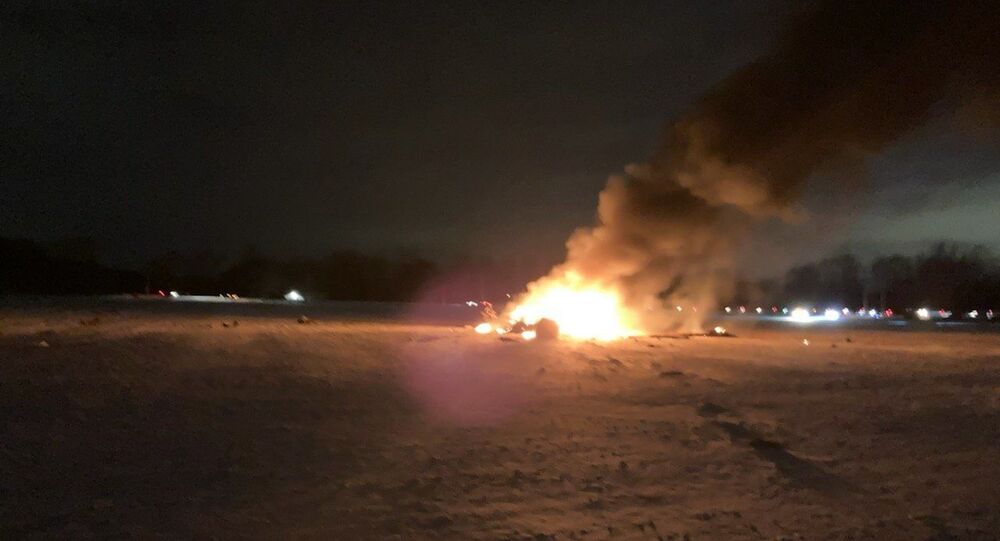 According to reports, the incident happened at around 6:30 pm local time, and witnesses saw the helicopter flying low to the ground.

Emergency services arrived on the scene, according to reports, as the Rochester Airport Fire Department crew was dispatched to the site. According to photos from the alleged crash site, the area was on fire.

The Monroe County Sheriff's Office has confirmed the military helicopter went down at about 6:32 pm local time, stating that the aircraft carried only three people on board, all of whom have been pronounced dead.

MCSO has confirmed a military helicopter with what is believed to be 3 souls on board went down in a field on W. Bloomfield Rd. In Mendon at 6:32p.m. W. Bloomfield rd. Btwn Cheese Factory & Boughton Hill Rd. remains closed. Grateful for our 1st responder partners:

"A New York Army National Guard UH-60 medical evacuation helicopter based at the Army Aviation Support Facility at Rochester International Airport crashed earlier tonight in the Town of Mendon, New York while on a routine training mission", the statement reads. "The aircraft was assigned to C Company of the 1st Battalion, 171st General Support Aviation Battalion. There were three Soldiers on board killed in the crash."

The local fire department posted a GPS tracker on the map, apparently confirming the air vehicle experienced some problems before the crash.

The road closest to the crash site was blocked by emergency services. Videos were shared online by journalists and witnesses to the incident.

There is no further information available at the moment on the victims and the damage caused by the crash.

Local media posted a video of a helicopter visible in the night sky, purportedly flying over the aircraft crash site.