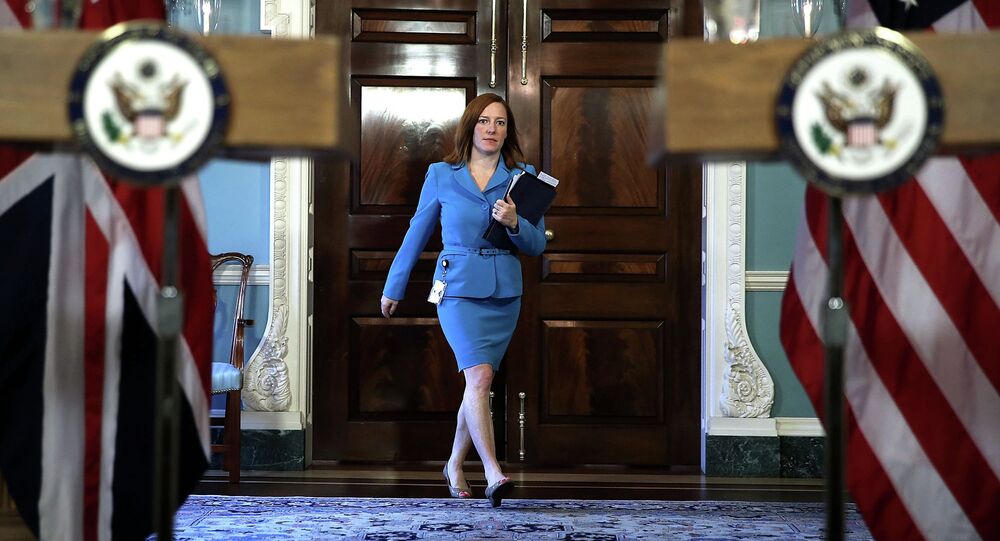 Jennifer Psaki is returning to public politics, as she was picked as the 34th White House press secretary by the US president Joe Biden in November. Psaki already made history with some of her most contentious comments while serving as the spokeswoman for the State Department under the Obama administration.

42-year-old Jen Psaki, who will serve as press secretary for the Biden administration, will hold her first media briefing in her new position on Wednesday, in Washington, DC.

Psaki is expected to present a summary of the administration's first steps in office.

She was the White House communications director from 2015 to 2017 and the former spokesperson for the US State Department in 2013-2015. During her service in the Department, she became widely known for coining the phrase "let me go back and check" while being asked questions by pool journalists.