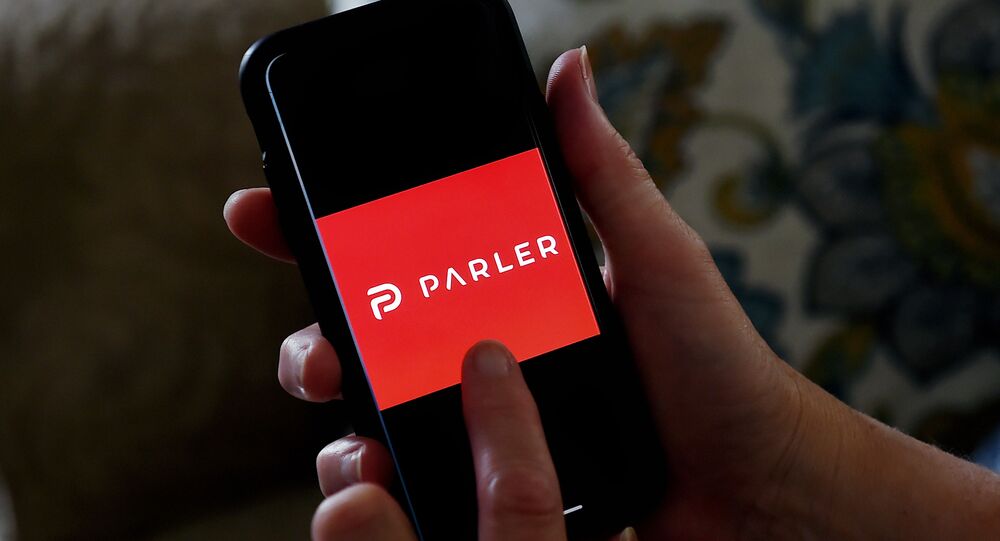 The social media platform, favoured by conservatives and outgoing US President Donald Trump, came under fire following the storming of the US Capitol as reports claimed protesters had used the app to coordinate their actions.

At least six major providers have refused to host Parler on their web services since the social media platform was ditched by Amazon, Insider reported, citing court documents. Parler’s CEO John Matze said the companies that rejected the microblogging platform "were worried about another of what appeared to be an [Amazon Web Services] AWS-facilitated DDoS attack, or they believed AWS's publicly leaked allegations about Parler and refused to do business with us”. Matze did not disclose the names of the companies.

Parler returned online on 18 January, but only as a static page. The company reportedly registered its domain with Epik. The latter, however, maintains that it had not been contacted by Parler.

John Matze posted a statement saying the social network will likely become available by the end of the month.

"Our return is inevitable due to hard work, and persistence against all odds. Despite the threats and harassment not one Parler employee has quit. We are becoming closer and stronger as a team", Matze wrote in a statement.

What is the background?

On 6 January, hundreds of Trump supporters stormed the US Capitol, which prompted harsh criticism of the president and his allies. Twitter then permanently banned Trump for violating its rules. In response, many Trump supporters left Twitter. After Parler’s popularity started to grow, the social network was removed by Apple and Google from their app stores. Explaining their decisions, the companies said the microblogging platform was failing to moderate "violent content". Media reports said that the protesters at the Capitol had used Parler to coordinate their actions.

Amazon was next. On 10 January, the company said it would suspend Parler from its web hosting services because the microblogging website posed a "very real risk to public safety".

"Recently, we've seen a steady increase in this violent content on your website, all of which violates our terms. It's clear that Parler does not have an effective process to comply with the AWS terms of service", Amazon’s email, obtained by BuzzFeed, read.

Due to the fact that Parler didn’t have certain necessary resources – servers, technical and security expertise, or a datacentre – the social platform became unavailable to users. CEO John Matze called the suspension "an attempt to remove free speech".