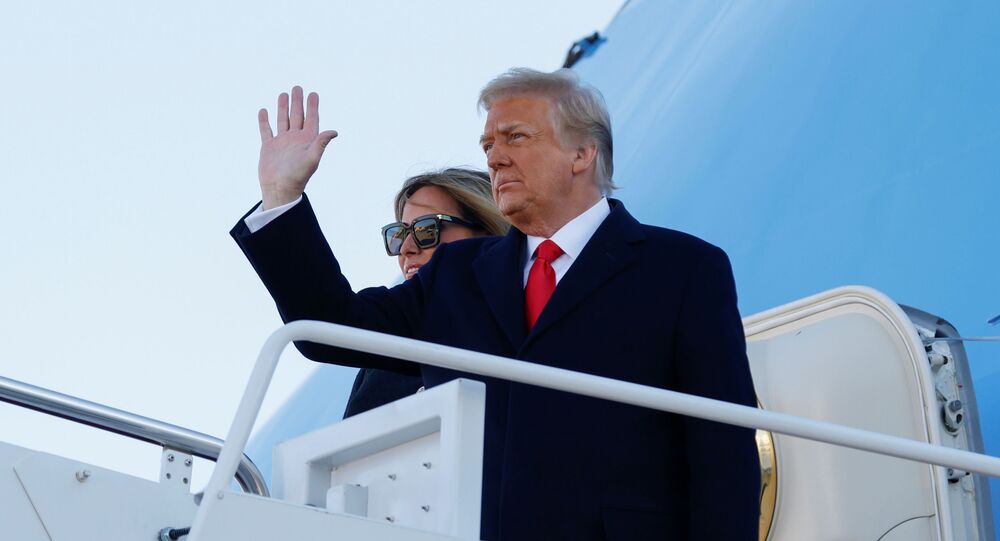 Departing US President Donald Trump is delivering his farewell speech at Joint Base Andrews in Maryland as Democrat Joe Biden prepares for his inauguration.

US President Donald Trump has in his farewell speech expressed hope that the incoming Biden-Harris administration will not raise taxes. POTUS repeatedly cautioned American voters during his election campaign that the Democrats would ramp up taxation in order to pay for all the initiatives they are planning to roll out. The Republican president introduced significant tax cuts for both US citizens and American companies in 2017.

Trump praised the successes of the US economy, which he called a "rocket ship up", that were achieved under his administration and argued that even the global coronavirus pandemic could not entirely change that.

The president also stressed during his farewell ceremony at Joint Base Andrews the efforts made to "rebuild" the US military and hailed the creation of its new branch, the Space Force, as a "major achievement" of his administration.

The outgoing president went on to thank his supporters, vowing to "be back in some form", without going into details. He also wished the incoming administration of Democrat Joe Biden "great luck and great success", adding that it has a "foundation" to achieve the latter. The departing POTUS also lauded the successful work with "certain elements of Congress", noting that his team had achieved much "nobody thought was possible".

Trump chose to skip the inauguration ceremony of his successor, instead traveling to the military base in Maryland, where he gave his farewell speech before departing to Florida on board Air Force One. The departing president, however, left a letter to Joe Biden before leaving the White House, the press service revealed.