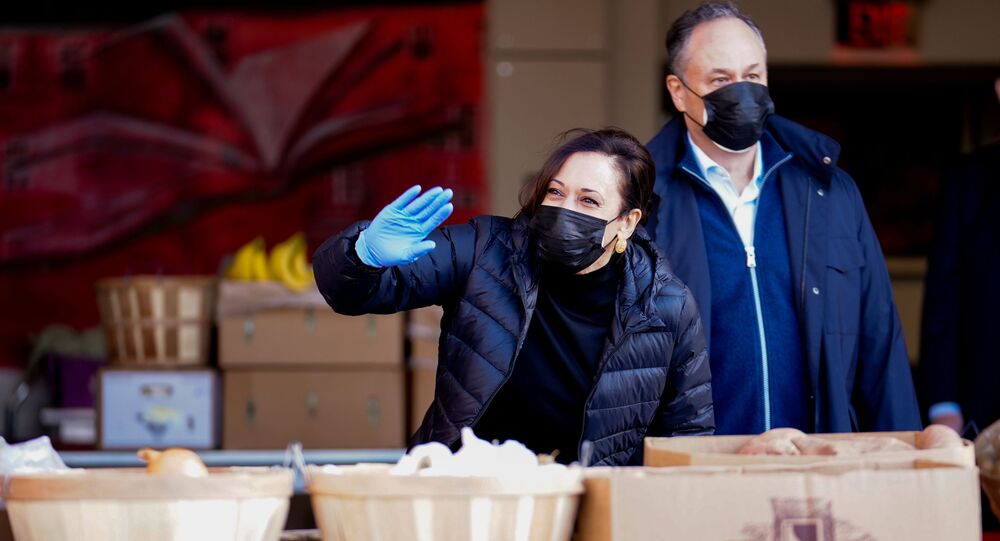 The 'First Second Gentleman' — Who or What is Doug Emhoff?

New York-born lawyer Doug Emhoff has worked for a variety of entertainment and corporate clients in his 30-year career, but his wisest career move may have been marrying then-California attorney-general Kamala Harris, soon to be US vice-president.

The husband of US vice-president elect Kamala Harris is set to become the 'first second gentleman' today, but who is Doug Emhoff?

Politically correct but grammatically confounding, Emhoff's epithet comes on top his claim to be the first Jewish spouse of a US president or vice-president — once Harris and president-elect Joe Biden are sworn in later today in a 'virtual' ceremony guarded by some 25,000 troops.

The confusion was only compounded on Tuesday when Emhoff wrote for men's magazine GQ: "I may be the first Second Gentleman, but I know I won’t be the last."

In his gushing Twitter page, the Veep's hubby said he'd been "doing his homework" on how top fill the ceremonial role once played by Jill Biden, soon-to-be- promoted to First Lady.

​Like Biden and Harris — a former California attorney-general — Emhoff is a lawyer. The couple wed in 2014, during Harris' stint as A-G and before she briefly became a senator for the state. Emhoff has two children by his ex-wife and small-time film producer Kerstin. They divorced in 2008.

Emhoff resigned from his position at law firm DLA Piper in November to take up a job in Biden's — and his own wife's — transition team.

"Mr Emhoff is working with the Biden-Harris transition team to develop the portfolio he will focus on to support the work of the administration," a campaign spokesperson said then.

Emhoff, who is licensed to practice law in California and Washington DC, worked at the firm's Los Angeles office from 2017. He represented "large domestic and international corporations and some of today's highest profile individuals and influencers in complex business, real estate and intellectual property litigation disputes,” according to Emhoff's profile on the DLA Piper website. The firm's Washington office specialises in political lobbying, not law.

The New York-born second gentleman started out as a litigation lawyer to the entertainment business. After graduating from California State University, Northridge and USC Gould School of Law in 1990, he went to work for the Major Californian law firm Pillsbury before moving to specialised boutique outfit Belin Rawlings & Badal.

In 2000, Emhoff started his own firm with partner Ben Whitwell. They were bought out by law heavyweight Venable LLP in 2006, and Emhoff was made managing director of the firms west coast offices. His corporate clients included retail giant Walmart and Big Pharma multinational Merck.

Emhoff has pledged to use his position as husband of the second-in-command to focus on "access to justice".

In a tweet on Tuesday, he called Trump's presidency — the first to avoid involvement in a major new conflict since Herbert Hoover, who left office 88 years ago — as a "dark chapter" in US history.

But the first second gentleman could become the first first gentleman if the at-time confused Biden, who will be the oldest man to ever assume the US presidency, doesn't last out his term of office — as has been widely predicted by critics including Trump and even Apple's Siri app.