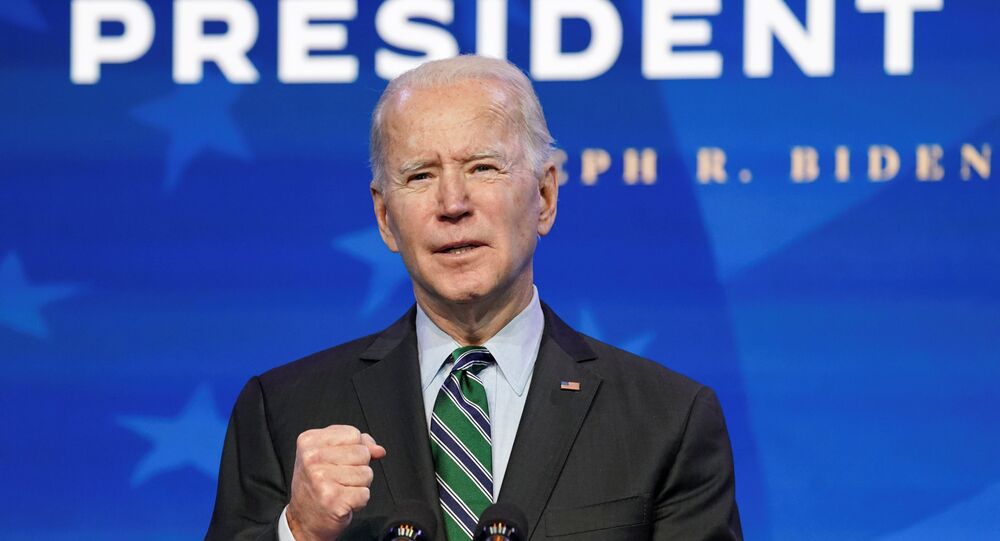 The new administration is seemingly poised to reverse many of outgoing President Donald Trump's policies.

President-elect Joe Biden will issue a spate of executive orders on day one of his administration, namely returning the country to the World Health Organisation, reinstating adherence to the Paris Climate Accord, and stopping the construction of President Trump's pet project – the southern border wall with Mexico, the Democrat's transition team has stated.

One of the orders will specifically halt all ongoing wall construction operations and initiate a review of the legality of its funding via a national emergency declaration. The latter, in turn, will be revoked after Trump used it to finance the wall after failing to secure funding through the US Congress. The Democrat also plans to reverse a number of Trump's immigration policies, such as a travel ban on certain Muslim countries, strict enforcement of laws against illegal immigration, as well as reinstating protections for the so-called "dreamers".

The Biden administration has justified its plans to reinstate the country's membership in the WHO, calling the global health body "an entity that is critical to coordinating the international response to COVID-19". The Democrat's team said a US delegation led by Dr Anthony Fauci would take part in the global body's Executive Board meeting this week, adding that Washington still plans on reforming the organisation in cooperation with partners and the WHO itself.

In addition, Biden will sign executive orders directed to fight rising numbers of COVID-19 infections. The incoming administration will specifically issue an order directing the mandatory wearing of face masks in all federal buildings and for all federal workers, as well as directing the Department of Health and the CDC to work with local authorities to implement similar requirements, along with other precautionary measures at their level.

A slate of day one's executive orders from the incoming administration also aims at preventing workplace discrimination based on gender and sexual orientation, as well as launching a government-wide initiative to "advance racial equity". The incoming administration pledged to root out "systemic racism" and other barriers presumably existing in federal programmes and institutions. It also specified the administration's understanding of "equity", which raised some questions in light of statements made by incoming Vice President Kamala Harris.

"The Executive Order will define equity as the consistent and systematic fair, just, and impartial treatment of all individuals, including individuals who belong to underserved communities […] and persons otherwise affected by persistent poverty or inequality", the statement by the Biden's team said.

Among other day one measures the Democratic administration plans to implement is an array of orders seeking to provide relief to some groups of citizens, who've suffered because of the pandemic. President Biden plans to extend the pause on student loan interest and principal payments until "at least" 30 September 2021. In addition, the Democrat plans to prolong the temporary ban on evictions, introduced due to economic hardships brought upon by the pandemic, until at least 31 March 2021.