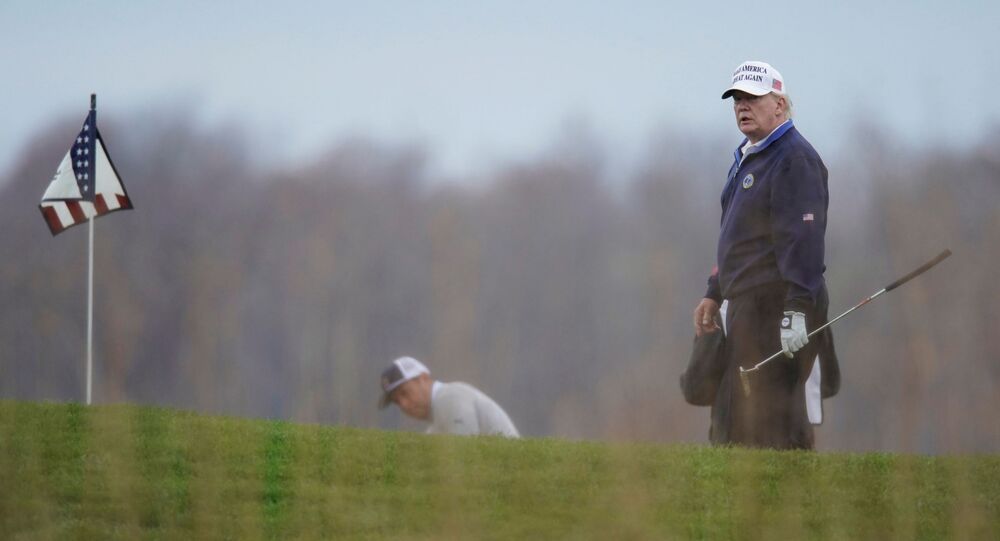 Outgoing US President Donald Trump owns 17 golf courses around the world, including two in Scotland. Previously, Scotland’s First Minister Nicola Sturgeon warned Trump that a COVID-19 travel ban applied to the president too, and he would be forbidden to visit his golf courses while the country was placed under lockdown.

Brew and pub chain BrewDog has started a petition seeking to rename Glasgow Prestwick Airport after president-elect Joe Biden, as Donald Trump was reportedly expected to touch down at this airport this week to enjoy a visit to Scotland.

As of Wednesday, more than 5,600 people had signed the petition.

According to Newsweek, the incumbent considered visiting Turnberry golf course, one of the links he owns in Scotland, after leaving office. Two US planes were reportedly spotted conducting surveillance missions above the Turnberry resort, which fuelled the rumors. Although Trump’s plans have not been officially announced yet, the Associated Press has revealed, citing a person familiar with the situation, that the outgoing president will hold a departure ceremony at Joint Base Andrews in Maryland and then leave for his Mar-a-Lago club in Palm Beach, Florida.

Earlier this month, Scotland's First Minister, Nicola Sturgeon, was asked about media reports that Trump was contemplating a trip to Scotland after inauguration day and she said in a press conference on 5 January that the country’s travel ban because of coronavirus applied just as much to the president as to everyone else. However, White House press secretary Kayleigh McEnany dismissed talk of a trip, saying Trump had no plans to travel to Scotland.

In the wake of the 6 January Capitol riots, which involved clashes between Trump supporters and Capitol police officers, a number of organisations and businesses have cancelled contracts with the Trump Organization and golf has been no exception: the Professional Golfers’ Association (PGA) announced last week that it had cancelled plans to hold the 2022 PGA Championship at the Trump Bedminster golf course in New Jersey.

While Trump gets ready to leave office, after delivering a farewell speech on Tuesday, Joe Biden will be inaugurated as the 46th president of the US on Wednesday, marking the end of a nearly three-month battle for the presidency, which involved a vast number of controversies, ranging from filing lawsuits to challenge election results to the deadly Capitol riots in which five died.