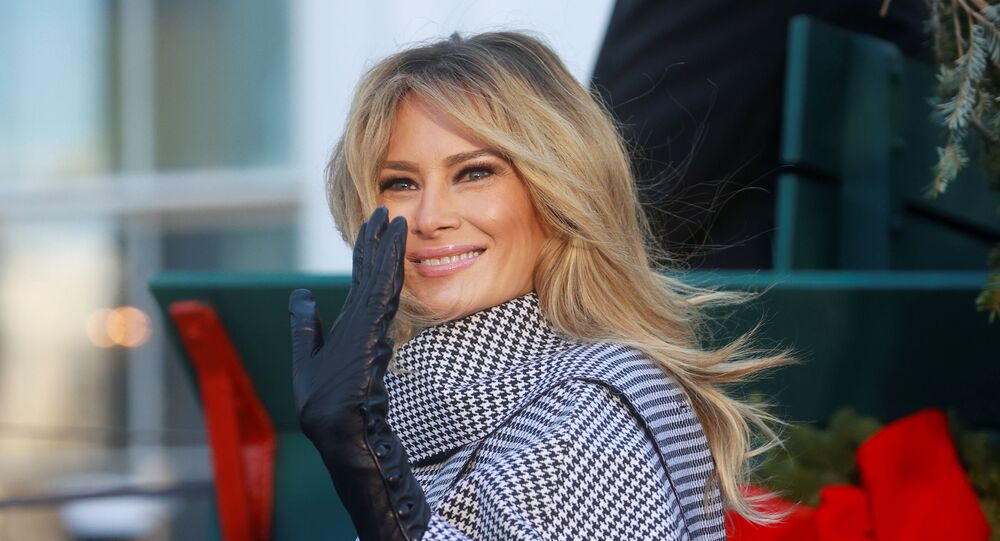 During the interview, the 39-year-old social activist and fashion designer touched on several issues including several accusations and scandals surrounding the Biden family as well as her plans for the upcoming four years.

Ashley Biden has said it's unfortunate outgoing First Lady Melania Trump snubbed her mother on the White House handover. Speaking on the "Today Show", the daughter of President-elect Joe Biden said Melania failed to honour protocol and did not invite Jill Biden for tea and a tour of the White House. She added that her mother had not heard from Mrs Trump at all, but noted that this did not cause any problems.

"No, I don't think they're doing the traditional protocol, which is unfortunate, but I think we're all OK with it", she told "Today Show" host Jenna Bush Hager, who is the daughter of former US President George W Bush.

Ashley also touched on the recent storming of the US Capitol on 6 January. The incident left five people dead and up to 60 injured.

"I was deeply saddened that this was a place I grew up going as a child, as you did too", she told Jenna Bush Hager. "And a place where Dad has worked for over 30 years, a sacred place really, and to see what happened, really to see what was going on, I mean it was truly horrifying".

The soon-to-be first daughter mentioned the scandals and accusations surrounding her family. On 14 October, the New York Post published a story alleging that Joe Biden was involved in his son's overseas business deals during his tenure as vice president, potentially constituting a conflict of interest. The newspaper cited information it purportedly obtained from a laptop that reportedly belonged to Hunter Biden, the Democrat's son and Ashley's half-brother. Following the revelation Hunter announced that he is being investigated by US the Attorney's Office in Delaware over his tax affairs. The probe reportedly began in 2018.

Ashley said the accusations against her family are hurtful, but noted she knows the truth.

"At the end of the day, they may get it wrong, but at least I got it right. At least I know the real deal. I know, you know, the type of man my father is, and the woman my mother is, and the man my brother is", she told.

Ashley said she doesn't plan to work in the administration, but she will use her position to advocate for issues important to her.

"I will however hopefully use this platform to advocate for social justice, for mental health, to be involved in community development and revitalisation", she told former first daughter Jenna Bush Hager, now a host on the "Today Show".

Final Preparations in Washington, DC Prior to Joe Biden's Inauguration

'Dear Joe, You Are Our Moses': Delaware Rabbi Blesses Biden Before Inauguration