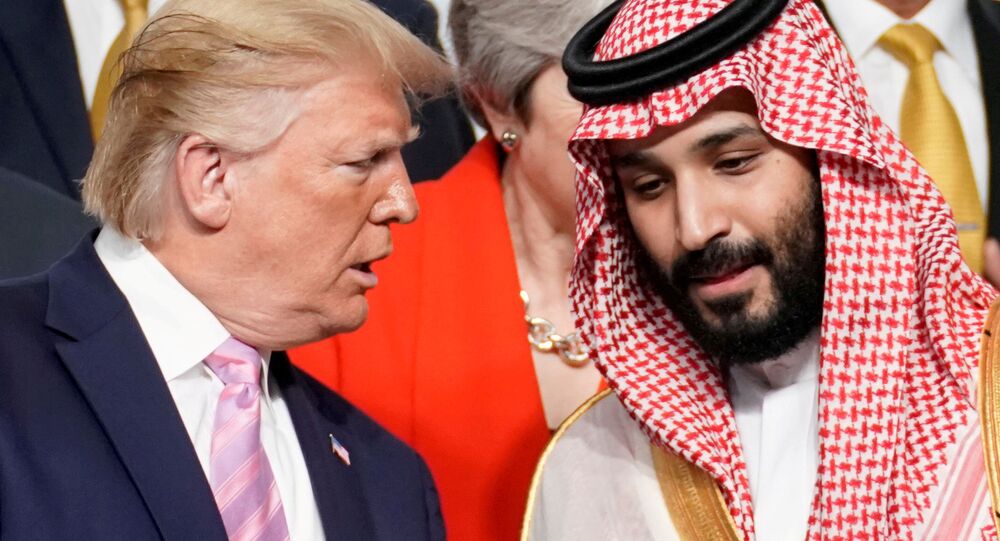 During his presidential election campaign, Joe Biden attacked Saudi Arabia's Crown Prince Mohammed bin Salman, saying that the kingdom should be regarded as "a pariah". The US administration is expected to cut the selling of arms to Saudi Arabia, but more targeted steps against the crown prince may also be taken, including financial sanctions.

Avril Haines, who has been picked as director of national intelligence under the administration of soon-to-be-president Biden, said that an intelligence file on the 2018 assassination of journalist Jamal Khashoggi by the Saudi government will be declassified for Congress' use.

The statement, made during the congressional hearing for Haines appointment on Tuesday, is in response to Khashoggi’s fiancee Hatice Cengiz and other human rights activists' calls for Biden to release the classified report into the murder, saying that doing so would be the first step towards seeking accountability for the guilty.

During the hearing, Senator Ron Wyden of Oregon said that if approved as the new DNI, Haines will have the ability to "immediately" turn the page on the Trump administration's "excessive secrecy" and "lawlessness," and send an unclassified report on "who was responsible" for the murder of Khashoggi, as mandated under a law that the Trump administration effectively blocked in February 2020.

"Yes, senator, absolutely. We will follow the law", Haines said in response to a question of whether she would release the report.

Biden's Director of National Intelligence nominee Avril Haines says, if confirmed, she will provide Congress with an unclassified report on the murder of Jamal Khashoggi. pic.twitter.com/ocPUsJUeti

According to the Guardian newspaper, if the intelligence documents are to be declassified, it would possibly mean that the new US administration could publicly blame Saudi Crown Prince Mohammed bin Salman for the journalist's murder.

Khashoggi, who was 59 at the time of his death, was a Saudi-native US resident and a prominent critic of the kingdom's crown prince, writing columns for the Washington Post. In October 2018, Saudi agents inside the kingdom's consulate in Turkey murdered him when he visited it to get the papers confirming his divorce, which would allow him to marry Cengiz. Initially, Riyadh denied any knowledge of his whereabouts but ultimately admitted that Khashoggi was killed inside the facility and subsequently dismembered.

New York Times reported in November 2018 that the CIA had concluded, with a medium to a high degree of confidence, that bin Salman himself allegedly ordered the killing of the prominent journalist. However, the Trump administration refused to provide the legally mandated report for congressional oversight. According to the Washington Post, Trump allegedly told senior White House officials that he wanted bin Salman to remain in power in order to continue the harsh policies towards Iran.

Following the murder, the Saudi public prosecutor stated that a total of 31 people were investigated and 21 of them were arrested for the killing. The prosecution reportedly investigated the involvement of five Saudi officials including Deputy Intelligence Chief Ahmad Asiri and Saud al-Qahtani, a senior aide to Prince Mohammed. A total of 11 people were ultimately brought to trial.

In May 2020, Khashoggi's son Salah, who resides in Saudi Arabia, issued a statement in which he said that he and his brothers were "pardoning those who killed our father, seeking reward from God almighty".

In early September 2020, a Saudi court announced the final ruling on the sentences to eight people found guilty in the case, sentencing five of them to 20-year prison terms, while three others received sentences ranging from 7 to 10 years.