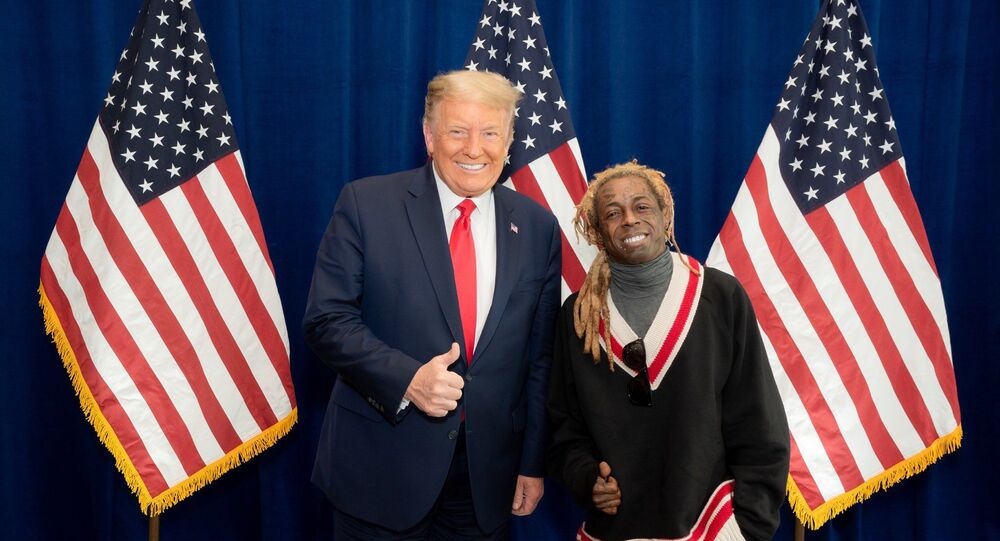 On his final day in office, President Trump is expected to dot the i’s and cross the t’s when it comes to issuing pardons, which is a traditional move for US heads of state at the end of their terms.

US President Donald Trump is likely to grant clemency to rapper Lil Wayne on Tuesday in a final wave of pardons, which is notably not expected to include his personal lawyer and close associate Rudy Giuliani or former campaign strategist Steve Bannon, Reuters reported Monday, citing sources familiar with the discussions.

Lil Wayne supported the president on his campaign trail last year, tweeting a joint photo with POTUS and praising his criminal justice reform bill and economic programme for African-Americans. The rapper came up with a guilty plea last month, confessing to illegally possessing a loaded golden handgun on board a jet when it landed in Miami, Florida, where there is a ban on carrying firearms in certain public spots like airports, in December 2019. He currently faces up to 10 years behind bars if convicted at a 28 January hearing.

The sources also stated that the extended list of those pardoned would include former New York Assembly Speaker Sheldon Silver, who was convicted of corruption in 2015.

Trump, who is still expected to grant over 100 more commutations and pardons, appeared to have ditched the idea of pardoning himself or members of his family, two sources claimed. Aides reportedly cautioned Trump that issuing such an order for himself and members of his family could imply guilt that may become a liability in potential state or civil lawsuits. Yet the president has the power to pardon himself, although a self-pardon would only cover federal crimes, not his several ongoing state-level lawsuits, CNN reported last week.

In common with Giuliani, who has reportedly fallen out with the president over unpaid legal fees, and Bannon, Julian Assange, the founder of WikiLeaks, another name flashing in media headlines in connection with a possible Trump clemency, is also not expected to be on the list of final pardons, thought to have been prepared over the past weekend.

The motion instantly provoked a severe backlash, especially from the United Nations, with the institution insisting that the pardons for Blackwater contractors violate international law.

When the four former contractors of the private military firm were convicted in 2014, the case sparked an international debate about the role of private security companies hired by the US government to work in war zones.