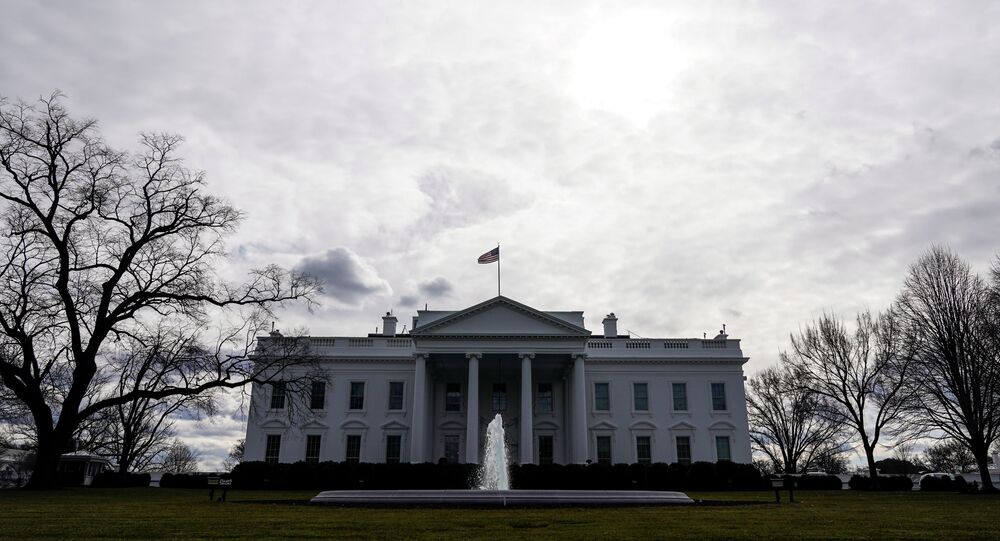 Media reported last week that, in a break with tradition, no color guard or 21-gun salute are expected at Trump's farewell event, as the Pentagon has reportedly denied the administration's request for a traditional military-style ceremony.

A farewell ceremony will be held for President Donald Trump on early Wednesday before Joe Biden swears in as the next US president, Bloomberg reported on Monday.

As the president stated in early January, he is going to skip Joe Biden's inauguration on Wednesday, while Vice President Mike Pence is expected to attend the ceremony.

According to a copy of the invitation it cited, the ceremony will take place at Joint Base Andrews, Maryland, before Trump departs for Mar-A-Lago resort in Florida aboard Air Force One at about 8 am. Invitations were reportedly sent to former administration officials, asking to arrive by 7.15 am. The invitees are allowed to bring up to five guests with them and are required to wear masks during the event.

WHITE HOUSE invite for "Trump Farewell" at Joint Base Andrews on Jan 20. Guests are asked to arrive at 6am on Wednesday and *wear a mask And....... invitees can bring five guests pic.twitter.com/GEVf6rnOnM

Last week, two senior military officials told Defense One that Pentagon has denied a military farewell for the commander-in-chief. According to CNN, citing a person familiar with the matter, the US president had reportedly requested a "military-style sendoff".

A traditional Armed Forces Farewell tribute has been hosted at the end of a US president's term ever since Ronald Reagan's tenure.

Biden is set to take the oath of office at noon on Wednesday - the time when Trump's tenure in the White House officially ends. US Vice President-elect Kamala Harris will be sworn in as Mike Pence’s successor. The inauguration ceremony is expected to take place under increased security in the wake of the storming of the US Capitol building by Trump supporters trying to stop Congress from certifying Biden's victory in the presidential election. At least five people died in the chaos, including a female air force veteran.

In the wake of the riots, US lawmakers have accused Trump of inciting the violence in DC, with Democrats pushing forward with the impeachment efforts against him. Social media giants like Facebook and Twitter also banned Trump's accounts.

FBI is vetting all 25,000 US National Guard troops - an unprecedented number - who will be present on Inauguration Day to exclude insider attacks. At the same time, Army Secretary Ryan McCarthy and other officials said that the vetting did not reveal any issues and there is so far no evidence of any potential threats to Wednesday's event.