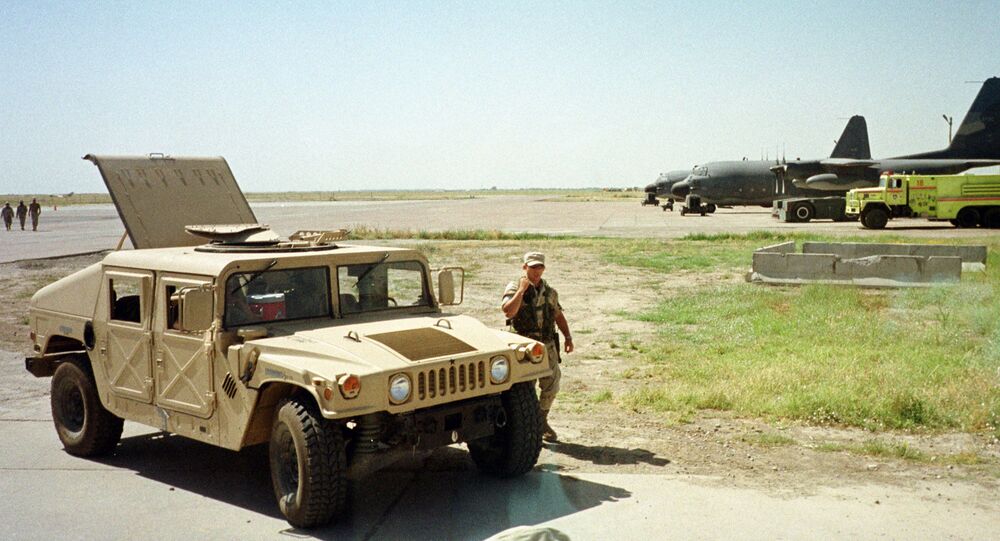 The High Mobility Multipurpose Wheeled Vehicle, which is worth $120,000, was stolen on 15 January from the National Guard Armoury in Bell, California. The news prompted great concern among the public as it comes in the wake of deadly protests at the Capitol and ahead of Joe Biden’s inauguration.

The Federal Bureau of Investigation has made an unusual statement asking members of the public for help to recover a stolen Humvee. In a statement posted on Twitter, the investigation agency said it would offer $10,000 to anyone who provides information leading to the recovery of the vehicle, which was upgraded to a combat vehicle. The agency said the Humvee is green camouflage in colour with a bumper number of 40BSBHQ6 and a registration number of NZ311R.

​The agency warned that stealing from a military facility carries a prison sentence of up to 10 years. The case is being investigated by FBI’s Major Theft Task Force with assistance being provided by the Bell Police Department.

The FBI’s plea caused concern among members of the public, with people wondering how someone had managed to steal such a large vehicle from a military facility.

Wth? Kinda big to make off with! Hope that is gotten back quickly. Not a good sign!

​The development comes as US authorities are beefing up security across the country in anticipation of protests organised by Donald Trump supporters. On 6 January, hundreds of people stormed the Capitol following a rally. Five people – four civilians and one policeman – died as a result of the break-in.

The Federal Bureau of Investigation warned that more violent protests may occur across the country in the days leading up to the inauguration of Joe Biden.