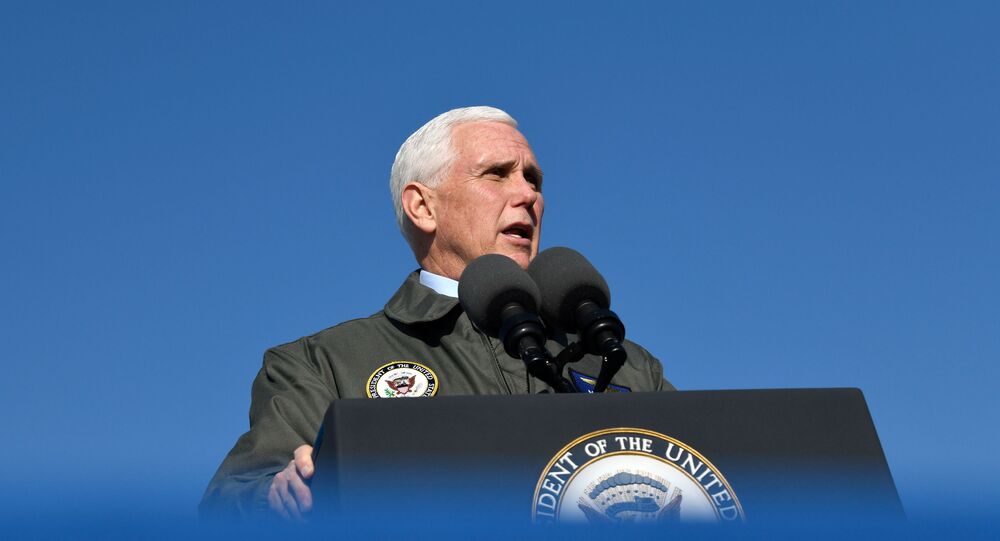 Unlike the previous administration, which deployed American forces in several regions of the world over the course of eight years, Trump's Cabinet opted to gradually reduce the US’ military presence around the globe. POTUS also pledged to end deployments for good in several countries, but stopped short of fulfilling that promise.

US Vice President Mike Pence has praised the work of Donald Trump's administration during his visit to the Fort Drum military base, specifically stressing the fact that the country was not dragged into a new war during POTUS' single term in office. The vice president suggested that this was made possible due to America's "Peace through Strength" strategy employed by the Trump administration.

I’m proud to report with just a few days left in our Administration, our Administration is the first in decades that did not get America into a new war. That’s Peace through Strength. pic.twitter.com/uiSNxi67aT

At the same time, Pence lauded the efforts of the 10th Mountain Brigade, which has been repeatedly deployed to Iraq and Afghanistan from Fort Drum. He argued that were it not for their efforts over the last 19 years, the US could have faced major terrorist attacks on its soil.

From this very Fort, selfless patriots like you have been at the heart of the war on terror from the very beginning. And it’s because of you that we reached the 19th anniversary of that terrible day having had no major terrorist attack on American soil since.

Pence's speech, which reportedly might be his last in the capacity of vice president, comes ahead of Joe Biden's inauguration on 20 January. The president-elect served as the vice president in the previous administration of Barack Obama, which saw the US get involved in at least seven military campaigns and operations around the world. During Obama's two terms, Washington deployed troops for operations in the Indian Ocean, Libya, Syria, Uganda, Yemen, and Iraq.

As opposed to his predecessor, President Donald Trump focused on reducing the US military presence around the world, withdrawing some troops not only from the Middle East, but also from some of its European allies. At the same time, POTUS failed to go through with his election promise of completely pulling the country out from "endless wars" in the course of his term.

Despite repeated promises of withdrawing American servicemen from Syria, a small contingency continues to "keep" the oil extraction sites in the country, despite protests from Damascus. The current administration also scaled back the US military presence in Iraq from around 5,000 troops to 2,500 by November 2020 over the course of several rounds of withdrawing.

The Trump administration also managed to strike a peace agreement with the Taliban, promising to withdraw US troops after a certain period during which the group has to refrain from attacks and engage in talks with officials in Kabul. So far, a reduced number of US servicemen remain in Afghanistan, and they might only withdraw only after Trump vacates office, should both the Taliban and the new administration stick to the signed accord.