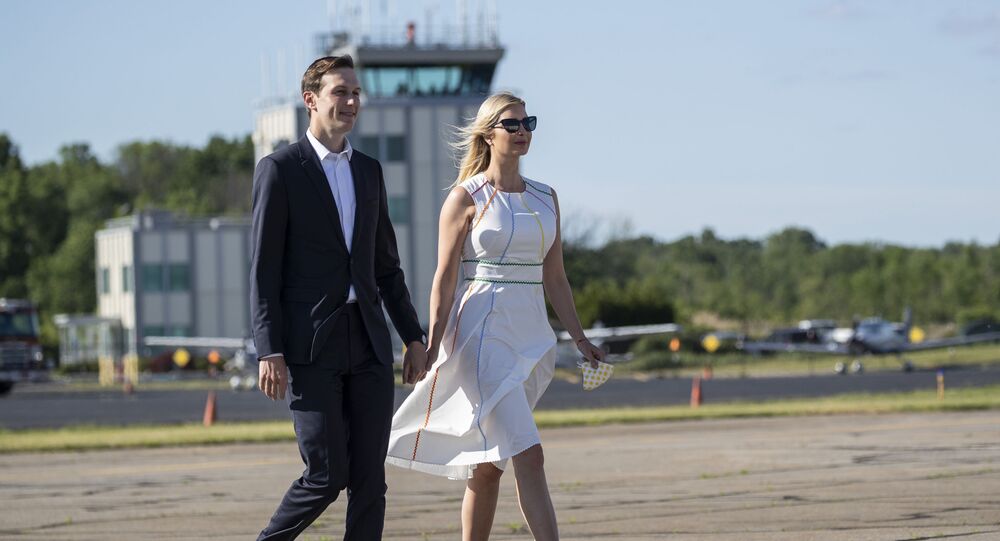 President Trump's eldest daughter and senior White House aide Ivanka, who has been dealing with social and employment policy issues, was earlier reported to have weighed attending Joe Biden's swearing-in despite her father's rage. She purportedly has concerns about the future of her political career and is doing everything to save her reputation.

The "horrific images" from the past several weeks are sure to haunt First Daughter and presidential adviser Ivanka Trump for the rest of her career, CNN White House correspondent Kate Bennett cited sources in the White House as saying, and adding that she and her husband Jared Kushner are "in a bit of a panic as they look to their future".

"I talked to a lot of sources today who say they're questioning everything now, from where they're going to live after the White House to what their careers will be", Ms Bennett shared.

She went on to assert that in light of the recent Capitol siege, which led to POTUS Trump's second impeachment last week, it would be "very difficult for them to tout any achievement they've made inside this administration".

She noted that the couple, who reportedly purchased a $31-million estate on the so-called Billionaire Bunker – a Miami island enclave considered to be "the world's most exclusive municipality", had initially planned to show off in a "farewell tour".
Ivanka recently landed in the public's crosshairs when on Twitter she referred to the violent protesters who breached the US Capitol building on 6 January as "American Patriots", albeit urging them to refrain from violence.

In a now-deleted tweet, which came as a mob, who had purportedly been present at Trump's grand rally minutes earlier, stormed the Capitol building, disrupting the congressional certification of Joe Biden's win in the polls, the president's eldest daughter said:

"American patriots – any security breach or disrespect to our law enforcement is unacceptable. The violence must stop immediately. Please be peaceful".

Ivanka Trump, who reportedly had plans to go against her father's will and attend his rival Joe Biden's inauguration to save face and her political aspirations, rushed to go back on her outburst and deleted the tweet, instead posting: "peaceful protest is patriotic".

On 13 January, the House of Representatives voted to charge Mr Trump with "incitement of insurrection", thereby making him the first US president to be impeached twice.

It came after violent protests in Washington saw thousands of demonstrators besieging the Capitol building on 6 January, including occupying lawmakers' offices, in an attempt to disrupt Biden's victory certification.