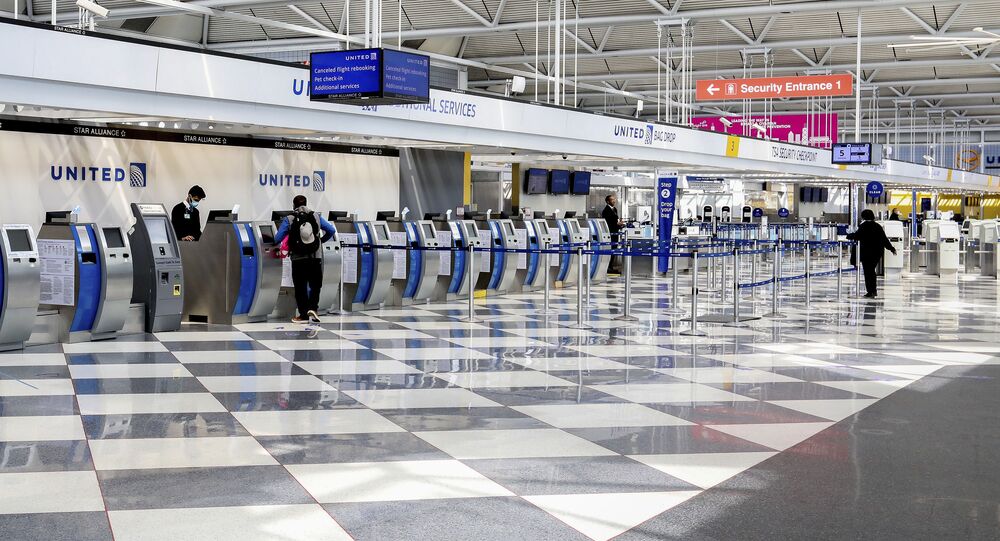 The Chicago Department of Aviation (CDA) has stated that the person didn't pose any threat to the airport or the public but it is continuing an investigation into the matter in coordination with law enforcement agencies.

California-based Aditya Singh, 36, lived at Chicago's O'Hare International Airport for nearly three months, telling the police that he was afraid of the coronavirus, The Guardian reported.

The man reportedly arrived at the airport on 19 October. Last Saturday, he was approached by police who asked to see his identification. Singh showed them an airport ID badge that was reported as stolen on 26 October and belonged to an airport manager.

© REUTERS / POOL
US to Increase Security Measures for Members of Congress Travelling Through Airports
Singh was taken into police custody on Saturday and charged with criminal trespassing to a restricted area of an airport (a felony), and theft (a misdemeanour).

According to assistant public defender Courtney Smallwood, Singh has a master's degree in hospitality, is unemployed and lives with roommates in Orange, California.