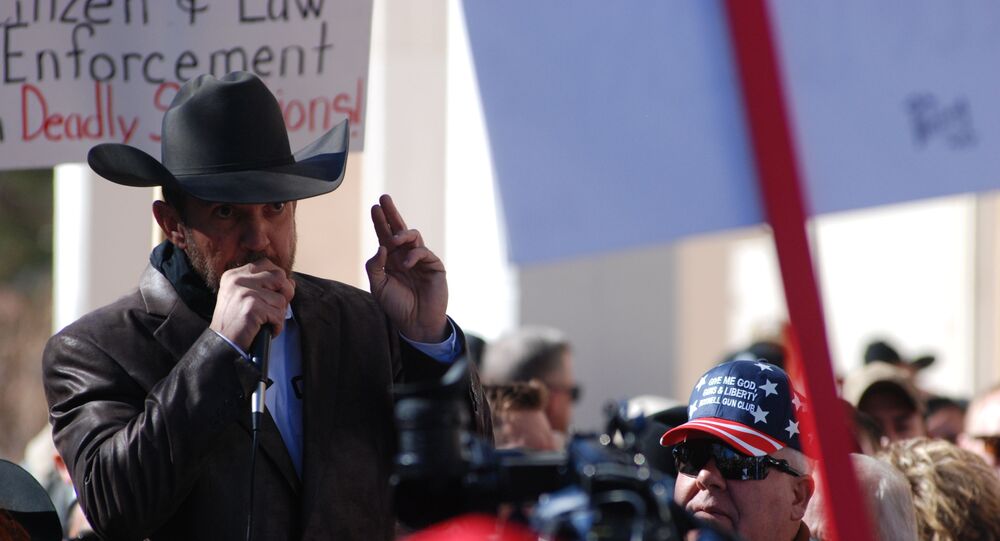 MOSCOW (Sputnik) - A New Mexico County Commissioner has been charged for breaching US Capitol grounds on 6 January, the US Attorney’s Office for the District of Columbia said.

"Couy Griffin, of New Mexico, was arrested today in Washington, D.C., and charged by criminal complaint with one count of knowingly entering or remaining in any restricted building or grounds without lawful entry", the attorney's office said in a Sunday release.

According to the documents, Griffin was present at the US Capitol on 6 January and posted videos on Facebook saying he intended to return to Washington on the day of US President-elect Joe Biden's inauguration (20 January) to "plant our flag" on House Speaker Nancy Pelosi's desk.

According to the US Attorney's Office for the District of Columbia, investigators have revealed that Griffin is the founder of an organisation called "Cowboys for Trump".

Griffin's case is being investigated by the FBI's Washington Field Office together with the US Capitol Police Department.

The FBI is continuing its search for individuals who may have incited or promoted violence at the US Capitol on 6 January.

On Sunday, the FBI said it was looking for seven people who participated in the events at the US Capitol earlier this month. The men are suspected of attacking a Washington, DC police officer.

On 6 January, a group of US President Donald Trump's loyalists stormed the US Capitol building. Washington has beefed up security to prevent similar incidents from happening during the upcoming inauguration of Joe Biden.