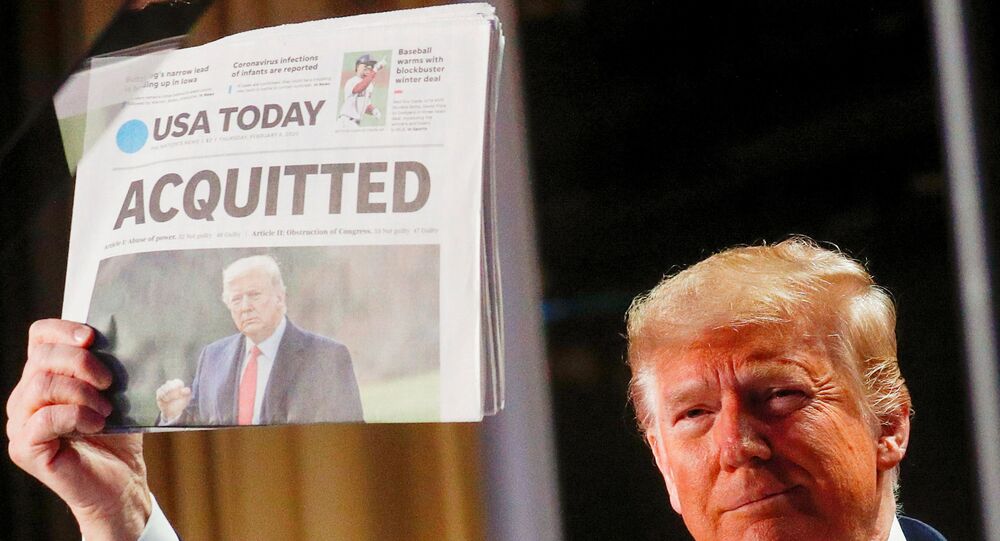 As the end of his White House tenure looms, Donald Trump has exercised his right to give presidential pardons, showing clemency to some of his former allies, including Roger Stone and Blackwater contractors - a decision seen as controversial and prompting a quick backlash.

Some Trump allies have started "a lucrative market for pardons", collecting fees from wealthy felons or their associates who are hoping for a presidential pardon as Donald Trump is set to depart from the White House on 20 January, The New York Times reported on Sunday.

One of these so-called pardon lobbyists, Brett Tolman, described as a federal prosecutor who has been advising the White House on pardons and commutations, has "monetized his clemency work" accepting "tens of thousands of dollars and possibly more" to promote presidential pardons for several people.

Among these seeking to purchase a presidential pardon, according to The NYT, are the son of a former Arkansas senator, the founder of the notorious online drug marketplace Silk Road, and a Manhattan socialite who previously pleaded guilty to fraud.

The outlet also alleges that Trump's former personal lawyer, John M. Dowd, has promoted himself to felons as one who could help acquire a presidential pardon, due to his close relationship with Trump.

"A onetime top adviser to the Trump campaign was paid $50,000 to help seek a pardon for John Kiriakou, a former CIA officer convicted of illegally disclosing classified information, and agreed to a $50,000 bonus if the president granted it, according to a copy of an agreement", the report claims.

Kiriakou was also reportedly told that a Trump attorney, Rudi Giuliani, could assist in getting clemency from the president, but the former US spy rejected the offer. The NYT said that he feared that Giuliani was  illegally offering assistance in seeking a pardon and alerted the FBI.

Giorno has reportedly signed an agreement with Kiriakou, promising "to seek a full pardon from President Donald Trump of his conviction” for a prepayment of $50,000, with another $50,000 thrown in if she is successful.

A new loop of interest in presidential pardons comes as Trump, who spends his final weekend as the US president, is reportedly mulling additional pardons for daughter Ivanka and her husband, Jared Kushner, as well as one for former White House strategist Steve Bannon and even for himself.

Earlier, Trump issued a wave of presidential pardons for former aides, including Blackwater contractors convicted of killing Iraqi civilians in Baghdad in 2017. The move has prompted an intense backlash, particularly from the United Nations, with the agency saying that the Blackwater contractor pardons violate international law.

© REUTERS / JULIA QUENZLER
WikiLeaks is Reaching Out for Help to Secure Trump's Pardon for Assange
Before Trump could end his term as the US president, he was impeached by House of Representatives for an unprecedented second time.

The House of Representatives accused the outgoing president of "incitement of insurrection" for the deadly 6 January Capitol riots, when crowds of pro-Trump protesters stormed the US Capitol during the certification of the election results, disrupting the congressional session, damaging and vandalizing the Capitol building and killing five.

Trump denied responsibility, claiming he never wanted violence on US streets, and later tweeted to urge his supporters to refrain from violence ahead of the upcoming Biden inauguration.