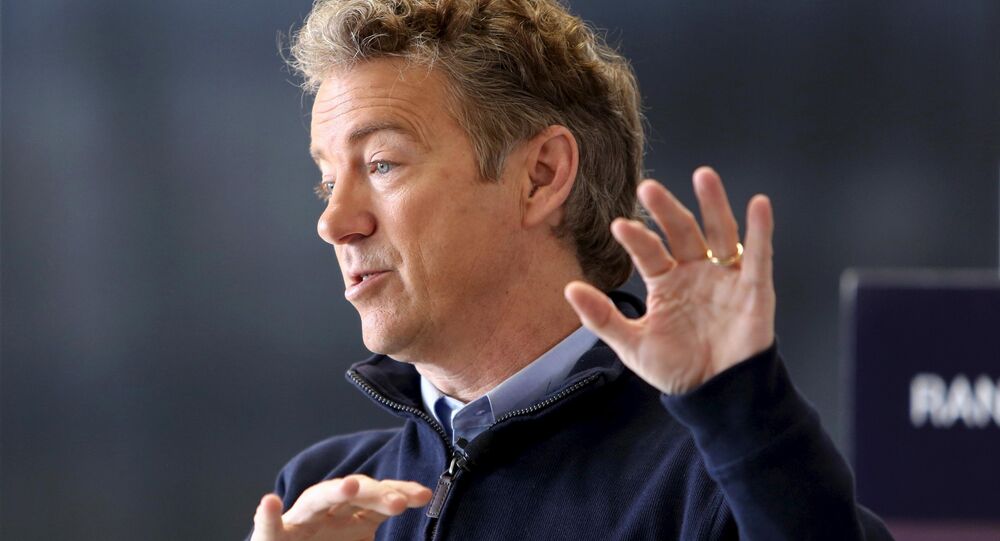 'It Will Destroy The Party': Rand Paul Warns Republicans Will Leave if GOP Senators Back Impeachment

On Wednesday, the House of Representatives voted to impeach US President Donald Trump by 232-197, with 10 Republicans joining the Democrats in support of the outgoing president's second impeachment for “incitement of insurrection.” Now the question is whether the Senate will convict Trump when the impeachment reaches the upper house.

On Friday, Sen. Rand Paul (R-KY) warned fellow Senators of the possibility that roughly one third of Republican voters would leave the Republican Party if they convict President Donald Trump of "incitement of insurrection". The remarks came in an interview on Fox News’s Ingraham Angle in which Paul, who previously criticized the deadly 6 January US Capitol riot and voted against objections to the 2020 presidential election, claimed that "impeachment is a wrongheaded, partisan notion."

'I didn't agree with the fight that happened last week, and I voted against overturning the election,' Paul stated. 'But at the same time, the impeachment is a wrongheaded, partisan notion. But if Republicans go along with it, it will destroy the party. A third of the Republicans will leave the party.'

The southern US GOP lawmaker suggested that Trump's second impeachment is not about the violent attack on the US Capitol, but about the future of the party, a moral question, he offered, and "whether you’re going to ostracize and excommunicate President Trump from the party", adding that millions of Trump fans would leave as well.

"Impeachment is purely a partisan thing. It's for these moral, 'Oh I'm so much better than you and you're a bad person because I'm so moral' – It's for these kind of people to do this," he stated.

The Fox News host agreed, suggesting that millions of Americans could feel excluded if GOP leaders move forward with convicting Trump, that they would take the move personally, as if they themselves were personally impeached.

The Senator’s comments come amid an increasing divide between congressional Republicans in the Senate who are against the president's conviction, and a number of those who support the move amid the deadly January 6 attack at the US Capitol in Washington DC, with Senate Majority Leader Mitch McConnell reportedly in favor of removing Trump from office.