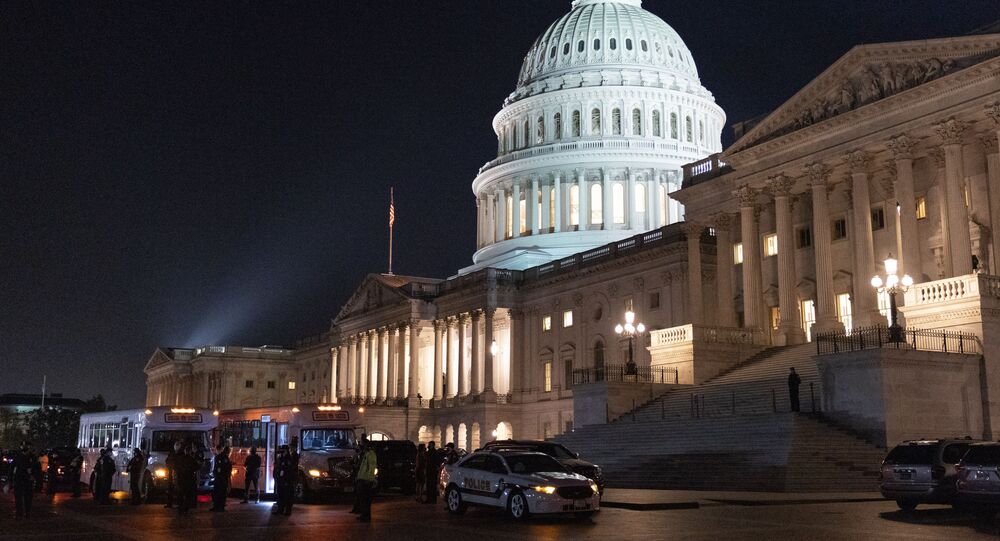 Earlier, US Congresswoman Carolyn Maloney, who chairs the Oversight Committee, was reported to have sent letters to various bus services and auto rental companies, as well as hotels, asking to help prevent possible incidents in the days leading up to the January 20 inauguration of President-elect Joe Biden. Among the companies that received such letters are Megabus, Greyhound, BoltBus, Peter Pan, Hyatt, Hilton and Marriott.

"Washington DC Union Station will be shut down from Sunday, Jan 17 through Wednesday, Jan 20, due to inauguration activities," Greyhound said on its website.

A Megabus spokesperson made a similar assertion to a Sputnik correspondent, adding that it is only possible to reach Baltimore currently.

On January 6, a group of US President Donald Trump’s loyalists violently stormed the US Capitol building, causing widespread damage and vandalism, and resulting in five deaths. Washington DC has increased security in the wake of the attack to prevent a incident from happening during the inauguration.