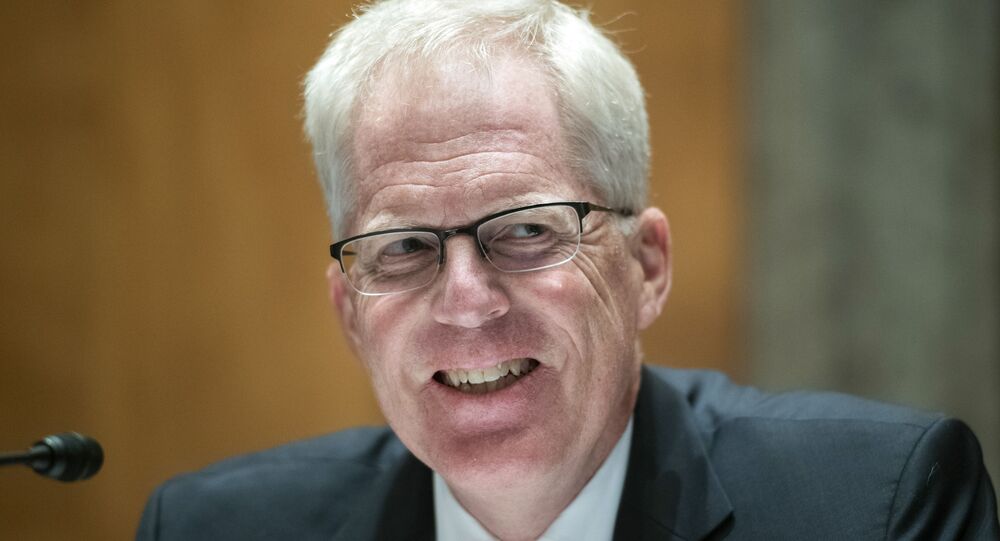 Christopher Miller was brought aboard by Donald Trump following the departure of former Secretary of Defense, Mark Esper, in November 2020. However, despite the high-profile role and a $200,000 per year salary, the defence chief has said he can’t wait to leave his post.

The Trump Administration’s acting Secretary of Defense, Christopher Miller, has told reporters that he “cannot wait” to leave his job as the top dog at the Pentagon.

Miller told a group of journalists this week that, “I cannot wait to leave this job, believe me. But part of me is like, I would have loved to have gotten involved in the acquisition process and try…and you know, talk about a wicked problem.”

In defence of Mr Miller’s comments, a defense official was quoted by the Washington Post as saying that, “the secretary often uses casual and humorous language with reports and personnel during travel. That characteristic does not convey well in a written transcript but was obvious to the participants.”

Secretary Miller’s comments came in response to a reporter’s questions about the now well-documented flaws in the US’ F-35 joint strike fighter programme and the Littoral Combat ship. Both of the multimillion dollar programmes have been plagued be a series of delays and design flaws and have caused the Department of Defense to significantly exceed its allocated budgets.

The F-35, which is widely touted by Washington as a next-generation fighter jet that has so far cost a whopping $1.5 trillion to develop, still suffers from 13 design flaws, according to Mr Miller. Chief among them is the fact that the software on which the jet itself operations still has nearly 900 bugs that need removing. On top of that, one of the aircraft’s cannons is said to suffer from major accuracy issues.

Of the F-35, Mr Miller told reporters that, “I wanted to take that one on…. F-35s, the case study. Although, I gotta tell you, yesterday we were talking to some guy, some lieutenant colonel, or colonel, said 'what are you flying?' Said 'F-35,' I was like that's a piece of… and he was like…and he laughed, and I was like, 'no seriously, tell me about it,' and he was… an F-16 guy, F-35, he said…'unbelievable aircraft.’”

Mr Miller proceeded, to say, “'I'm not… I… that investment, for… that capability, that we're never supposed to use, 'well, we have to deter, blah blah bluh blah… Are we fifth generation? You know we… I think it's hilarious, you know, right now, you know, 'well we need to invest in the sixth generation,' I'm like, we have created a monster, but you know that.’"

Some commentators mocked the seeming incoherence of the above interview.

For example, Julian Borger of The Guardian tweeted, “[g]obsmacking incoherent briefing from the US acting defence secretary, Chris Miller, today.”