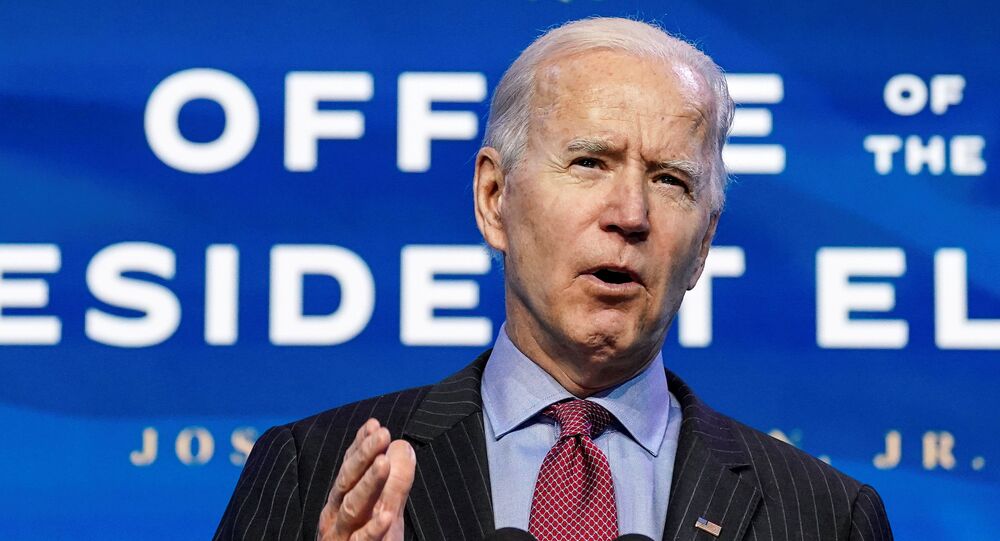 Joe Biden’s transition team launched a new account for the president-elect on 14 January, @PresElectBiden. The account has a temporary Twitter handle as it will automatically become @POTUS when the Democrat is sworn in on 20 January, while President Donald Trump’s @POTUS account will be archived as @POTUS45.

The account has a temporary Twitter handle as it will automatically become @POTUS when the Democrat is sworn-in on 20 January, while President Donald Trump’s @POTUS account will be archived as @POTUS45.

Creating an account before the official swearing-in was seen as giving Biden’s team time to build up a following before taking over the official institutional account.

Earlier, the President-elect’s team had deplored the fact that Donald Trump had inherited the @POTUS and @WhiteHouse account that had been built up during the White House tenure of former President Barack Obama.

These institutional accounts will not automatically retain the followers from the prior administration. #𝗧𝘄𝗶𝘁𝘁𝗲𝗿 #𝗜𝗻𝗮𝘂𝗴𝘂𝗿𝗮𝘁𝗶𝗼𝗻2021

As President-elect Biden is sworn in on January 20, 2021, Twitter will facilitate the transfer of institutional White House Twitter accounts, including: @WhiteHouse, @POTUS, @VP, @FLOTUS, and @PressSec. #𝗧𝘄𝗶𝘁𝘁𝗲𝗿 #𝗜𝗻𝗮𝘂𝗴𝘂𝗿𝗮𝘁𝗶𝗼𝗻2021

​According to the microblogging and social networking service people who previously followed institutional White House Twitter accounts, or who currently follow relevant Biden or Harris Twitter accounts, would be sent in-app alerts to ‘notify them about the archival process’.

​Twitter had earlier permanently suspended the sitting president’s account in the wake of the Capitol riots, when Trump supporters stormed the building in Washington, DC, on 6 January, as Congress convened to certify Joe Biden’s win in the 2020 US presidential election.

The POTUS was accused of having inspired the riots by insisting the election had been ‘stolen’ from him.
On 13 January the US House of Representatives voted to impeach Trump for a second time for “incitement to violence".

Folks — This will be the account for my official duties as President. At 12:01 PM on January 20th, it will become @POTUS. Until then, I'll be using @JoeBiden. And while you're here, follow @FLOTUSBiden @SenKamalaHarris @SecondGentleman and @Transition46.

​As Joe Biden tweeted the move, the Twitterverse was quick to weigh in. Some applauded the incoming president and looked forward to the Democrat wielding the official presidential account.

It’s going to be great having a President again!

We haven’t had one for 4 years!

​Some on the Twitterverse seemed slightly confused over the transition Twitter handle.

My understanding is as others have said and that the account flowed from president to president and will role over to the new president.

​Many netizens were unenthusiastic, as they deplored extensive ‘mishandling’ of social media as divisive.

Another sewage pipe of meaningless platitudes for me to mute...

May he never use it

Is there a way to shut down social media for a month, @PresElectBiden?

It's tearing our country apart.

Wow. A president that can be trusted to tweet. What a novel idea

You could've just retweeted the announcement but you'd rather waste everyone's time for the sake of engagement on your platform/tweetshttps://t.co/oUSssgyUtB

Biden doesn’t deserve the POTUS title , he doesn’t even know how to spell it.

Very cool, now stop gaslighting us about every single campaign promise and fucking do something.

​Some Twitter users said they were only going to follow Biden because of his dogs, two German shepherds, Champ and Major, and suggested they get Twitter accounts.

Can Champ and Major please get an official Twitter too? 💙💙 pic.twitter.com/4jlHIGv69C

We are following for the Champ and Major content. pic.twitter.com/q8NWDx245j