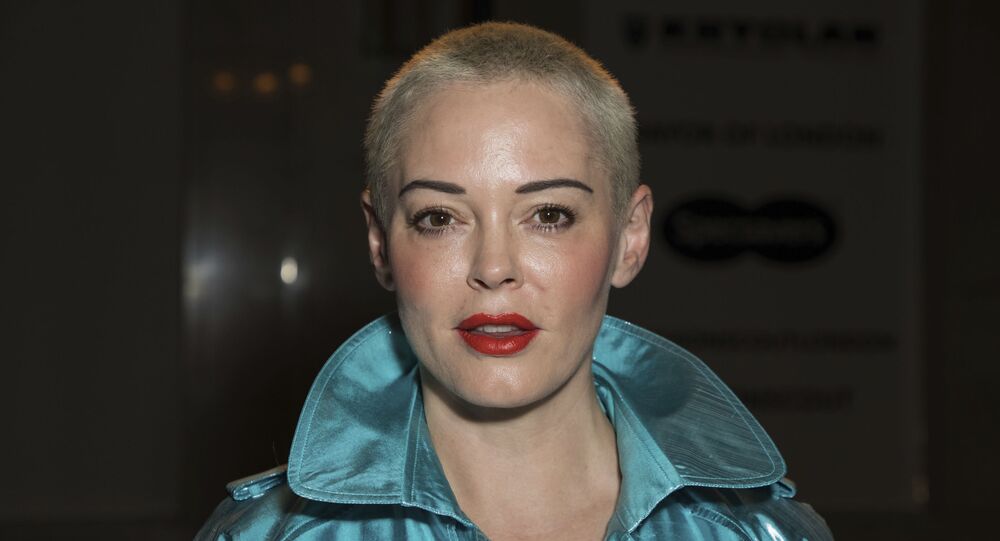 On Wednesday the US House of Representatives voted 232-197 to impeach for a second time the outgoing US president, Donald Trump, for “incitement to violence". The accusations follow widespread claims from Democrats and some Republicans that he is largely responsible for the violent 6 January attack that resulted in five deaths.

Trump is the first president in US history to be impeached twice. The initiative came after numerous accusations from both sides of the political fence that he inspired the deadly Capitol storming by claims of "massive fraud" in the 2020 presidential election that he delivered prior to the 6 January Capitol building attack by his supporters.

American actress and activist, and the  star of Charmed, Rose McGowan, slammed the voting result, calling it “Cult propaganda” and a “theater of mass distraction” that will make conservative groups furious.

The tweet caused immediate reaction. McGowan responded to followers, who opposed her, that the impeachment was “fair”, following their logic, to accuse former US President Barak Obama for war crimes in Yemen and George Bush for war crimes in Iraq and Afghanistan.

This impeachment is Cult propaganda. A theater of mass distraction. US cult members on the left will cheer, those on the right will be in a fury. And the country’s starving, sick & poor will sink farther & farther. Good thing the Elites are leading us!

When a user requested a solution from the 47-year-old star, she proposed to “deprogram US cult members on both sides so they can clearly see what lies they've been told and revolt.” She gave an example and described her experience of growing in the Children of God cult in Italy, stressing that the US “nationalist power structure was identical to the cult we escaped”.

"They key to change is deprogramming. I care most about what US does because its propaganda has farther reach than a nuclear bomb", McGowan tweeted, adding that her personal “solution was to leave."

The actress is known as an outspoken critic of the Democratic Party. Last year she tweeted that Biden’s nomination during the August 2020 fourth and final night of the Democratic National Convention, would bring about a “season of darkness” while criticizing the Democratic establishment.

“What have the Democrats done to solve ANYTHING? Help the poor? No. Help black & brown people? No. Stop police brutality? No. Help single mothers? No. Help children? No. You have achieved nothing. NOTHING”, she angrily tweeted.

Currently, the actress reportedly leaves in Mexico, where she moved amid the ongoing COVID-19 pandemic. In November 2020 she posted a photo from a hospital bed in Mexico, claiming that she broke her hand while reading the US election results. McGowan also noted the profound difference in healthcare costs between Mexico and the US.

“It cost $250 in Mexico for my emergency room visit, compared to a likely 10k hospital bill in California for the same accident,” she noted.