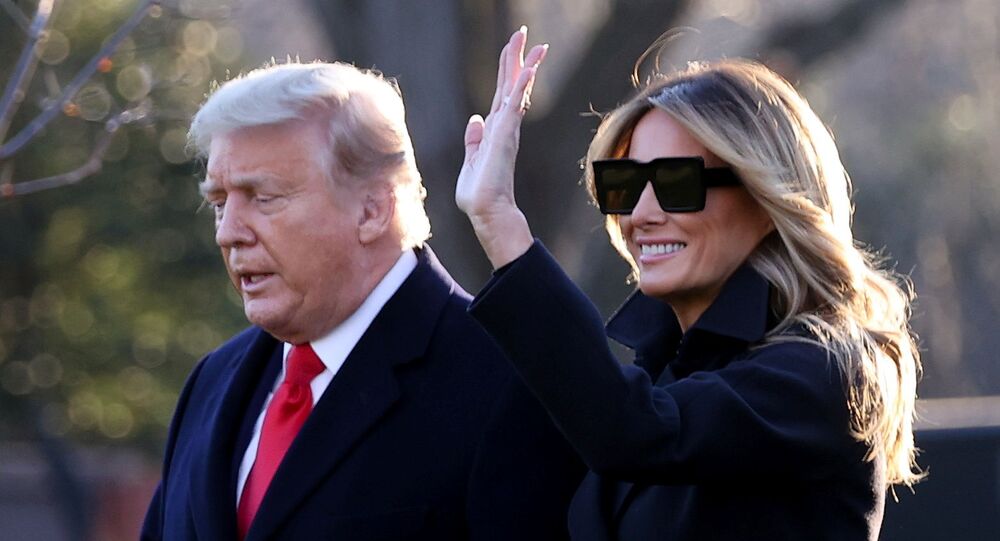 Goodbye, #BeBest: FLOTUS Reflects on Legacy of Her Anti-Cyberbullying Campaign

The outgoing US first lady, Melania Trump's, 'Be Best' campaign was introduced to the public on May 7, 2018, and presented with three overaching pillars: the well-being of America's youth, fighting against cyberbullying and advocating against opioid abuse.

FLOTUS took to social media on Friday to take a look back at her 'Be Best' initiative and the work she has done during her tenure as America's first lady.

"From coast to coast, Americans have unwavering resolve to help one another and share a common bond in wanting to create a better future for our next generation," Melania Trump narrated. "'Be Best' is a platform that helps children achieve their fullest potential and also highlights the people and organizations that are doing extraordinary things in our country and around the world."

As the legacy of #BeBest comes to a close at the @WhiteHouse, we must continue to give a voice to our Nation's children & the issues that impact their lives. It's the values & spirit of the American people that inspired Be Best & it's those values that will carry on its mission. pic.twitter.com/fRBTWphmlj

“Over the past two years, Be Best has played a major role in spreading awareness, highlighting successful programs and acts of kindness, and encouraging public-private sector relationships to help children overcome the struggles they face every day,” the first lady claimed.

While it is difficult to measure the impact of 'Be Best, Melania Trump expressed that she believes that "shining a light on these positive examples" of American excellence "will inspire others to do their part."

"As the legacy of Be Best comes to a close at the White House, we must continue to give a voice to our nation's children and the issues that impact their lives," she asserted.

It was not made clear how, or if, the first lady would continue her initiative in coming years.

As many netizens have pointed out, the end of the FLOTUS anti-cyberbullying campaign comes shortly after Twitter permanently banned her husband's account "due to the risk of further incitement of violence".

Stephanie Winston Wolkoff, a former friend and senior adviser to the first lady who recently published a tell-all on their relationship, criticized her ex-BFF in a Monday interview with CNN, labeling Melania Trump an "enabler" of her husband's behavior.

"This isn't the only complicit event that's occurred throughout these four years. Melania Trump has a voice and she hasn't used it," she told CNN. "She has a platform, she hasn't used it [...] You have the ability to speak loudly, clearly, and for the rest of Americans," the author stated, adding that, "She is not just complicit, she is his enabler. And she's his biggest cheerleader and unfortunately she's done nothing but that".

Wolkoff, who also authored an article suggesting blood on FLOTUS' hands, claimed that the first lady's words are "vacuous" and "have no meaning" following the deadly January 6 riots and storming of the Capitol building in Washington, DC.

FLOTUS was reportedly hosting a photoshoot of "rugs and other items in the Executive Residence and East Wing" as the riots took place, according to a source familiar with the day's activities who spoke to CNN.