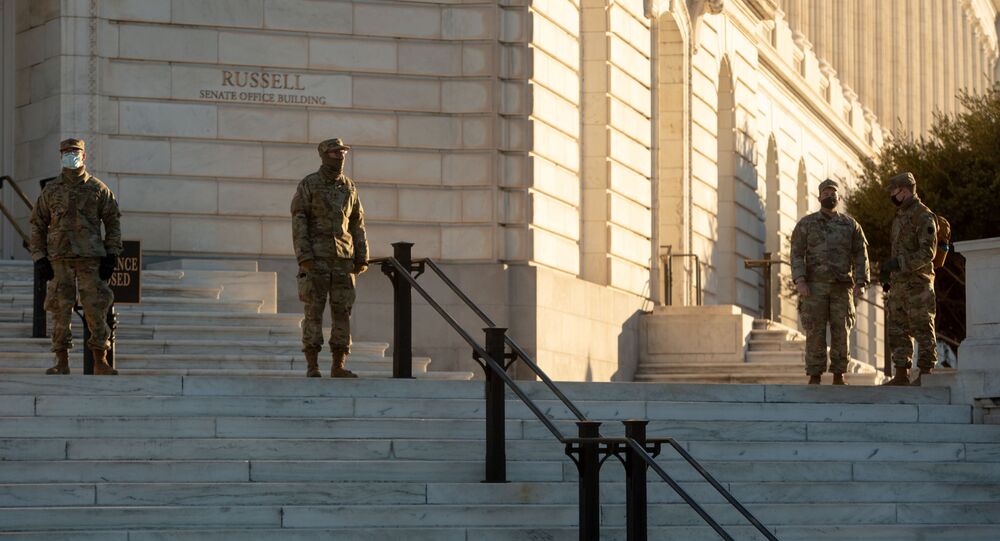 Donald Trump became the first president in US history to be impeached twice, with the House censuring him for "inciting an insurrection" in Washington, DC on 6 January. Outgoing Republican Senate Majority Leader Mitch McConnell has ruled out a Senate trial of Trump before Joe Biden's 20 January inauguration.

The Senate will have to decide between whether to convict President Donald Trump, thereby barring him from running for public office in the future, or to allow him to receive benefits, Ron Klain, President-elect Biden's White House chief of staff, has said.

"Hopefully the trial will not be a lengthy trial. The Senate has its responsibilities under the Constitution. I haven't heard any member suggest some way of getting out of, or that they should get out of those constitutional responsibilities, to be clear," Klain said, speaking to The Washington Post on Friday.

"The Senate has to go through this process in a constitutional way, they have to make that decision. Obviously it would take a majority, an extraordinary majority, a supermajority, including members of both parties to make that judgement [on whether to convict Trump]," Klain stressed.

As for Trump's pension and other benefits provided to former presidents, Klain reiterated that "that's a decision Congress is going to make."

The Biden administrator went on to talk about the issues facing the incoming administration, warning that the US is expected to hit 500,000 Covid-related deaths next month, and saying that bipartisan support is necessary in the Congress to tackle the twin crises of the pandemic and the economic downturn.

On Thursday, the Biden team unveiled a $1.9 trillion emergency economic package to tackle the crises, with the package including upping direct relief to struggling Americans to the equivalent of the $2,000 demanded by Trump but blocked by lawmakers.

© AFP 2021 / BRENDAN SMIALOWSKI
Fresh Poll Shows Less Than 10% of Republicans Support Impeachment of Trump
Klain also complained about insufficient cooperation between the outgoing Trump administration and the incoming Biden team, saying the president-elect's officials aren't "really sure what we're gonna find there until we get in there and see what we find."

After Trump was impeached by the House on Wednesday, Republican Senator Tom Cotton said the Senate lacked the constitutional authority to hold an impeachment trial for Trump after he leaves office on 20 January. Before that, McConnell indicated that a new impeachment trial would not start before Biden's inauguration.

The desire to bar Trump from being able run again has been a major priority for Democrats in the wake of the bitterly contested November election. On Wednesday, Democratic House Majority Whip James Clyburn said lawmakers could try to bar him from running even if the Senate fails to convict him by using the Constitution's 'insurrection' clause.