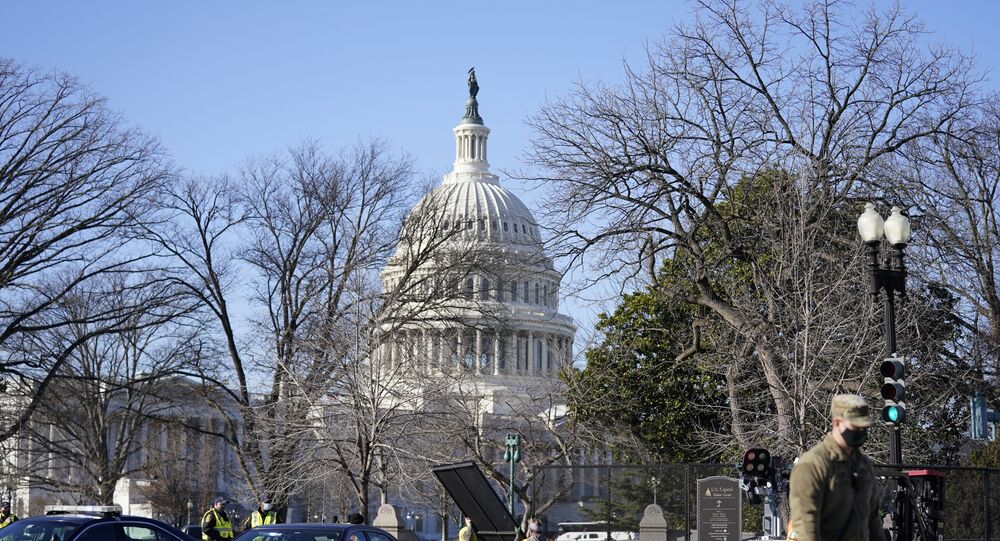 The new resolution emerged after the US House of Representatives made Donald Trump the first President of the United States to be impeached twice.

Nikema Williams, a newly elected Democratic Representative for Georgia, has proposed a resolution which, if adopted, would essentially bar US President Donald Trump from entering the Capitol building in Washington, DC after his presidential term expires.

According to Newsweek, Williams' proposal arrived the day after Trump's impeachment by the House of Representatives for "incitement of insurrection."

"The Sergeant at Arms of the House of Representatives, the Sergeant at Arms and Doorkeeper of the Senate, and the United States Capitol Police shall take such actions as may be necessary to prohibit President Donald John Trump from entering the United States Capitol at any time after the expiration of his term as President," the resolution's text said.

On 13 January, the US House of Representatives voted 232 to 197 in favour of impeaching Trump, making him the only US president to get impeached twice.

It comes following the violent events that transpired at the US Capitol on 6 January, when POTUS' supporters stormed the building and disrupted a US Congress session to officially count the votes cast by the Electoral College to certify Joe Biden's election win.

Trump himself, however, has denied responsibility for the storming of the Capitol, delivering a statement warning against any brutality in the days leading up to Biden's inauguration.