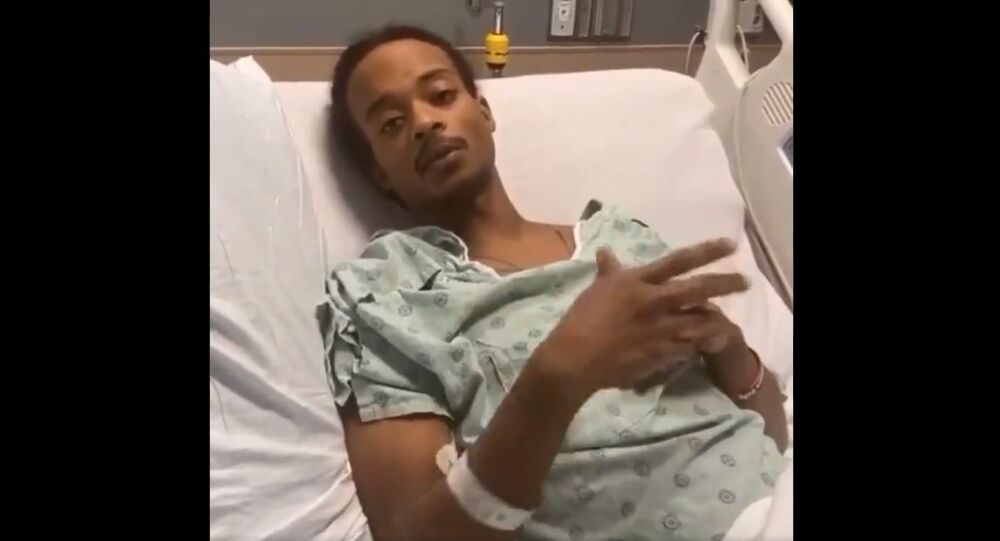 Kenosha, Wisconsin was embroiled in violent riots after a 29-year-old African American man Jacob Blake Jr. was shot by a police officer in the back seven times, which left him paralysed from the waist down.

Jacob Blake, a 29-year-old black man shot by a police officer in August, has admitted he was carrying a knife at the moment the police were trying to detain him.

Speaking on ABC's "Good Morning America", Blake revealed that he possessed a pocket knife, which he dropped after his altercation with the police officer. He proceeded to pick it back up and walked away from the police to the driver's side of his car, the knife in his hand.

"I shouldn’t have picked it up … considering what was going on. At that time I wasn’t thinking clearly," the man admitted.

According to Blake, he'd intended to surrender to the police after putting the knife in the vehicle.

Riots erupted in Kenosha in August after police responded to a domestic disturbance call and shot Blake seven times in the back, leaving him paralysed. According to the Kenosha Professional Police Association, Blake had a knife and forcefully resisted arrest. Various media outlets, including the Washington Post, previously reported he had been unarmed, while his attorney said the police union's claims are "overblown".

Earlier this month, Wisconsin prosecutors ruled not to file charges against the white police officers involved in Blake's shooting.