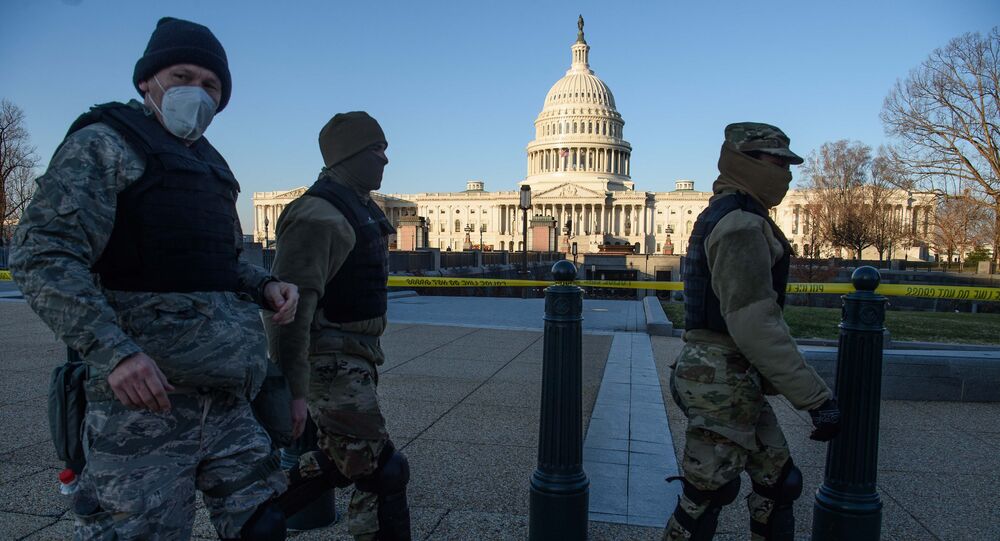 WASHINGTON (Sputnik) - The US National Guard has already deployed about 7,000 troops to support security during the upcoming Joe Biden inauguration on January 20 and plans to triple this number closer to the event, a National Guard general, Daniel Hokanson, said.

"Right now we have approximately around 7,000 National Guard soldiers on the ground in support of federal lead agencies, and we are building to 21,000 for the upcoming inauguration," Hokanson during a security briefing with US Vice President Mike Pence on Thursday.

National Guard members are armed and equipped to perform any mission they are asked to do, he said.

Hokanson assured Pence that the National Guard will provide security, communications, logistics, and coordination with all agencies.

On January 6, supporters of President Donald Trump attacked the Capitol building in a failed attempt to protest the certification of the Electoral College vote while the outgoing president claimed that he had been robbed him of his election victory. Trump supporters violently clashed with police, resulting in five deaths, and causing widespread damage and vandalism. A Capitol police officer was betaen to death by Trump supporters and an Air Force veteran was shot dead by plainclothes police.

The inauguration will take place on a stage in front of the Capitol's West Front, allowing spectators to gather on an open mall that extends beyond the Washington Monument.

Authorities expect Wednesday's crowd to be relatively small, compared with past inaugurations, due to the ongoing coronavirus pandemic ravaging the nation.

National Mall Will Reportedly Be Shut Down Completely on Inauguration Day