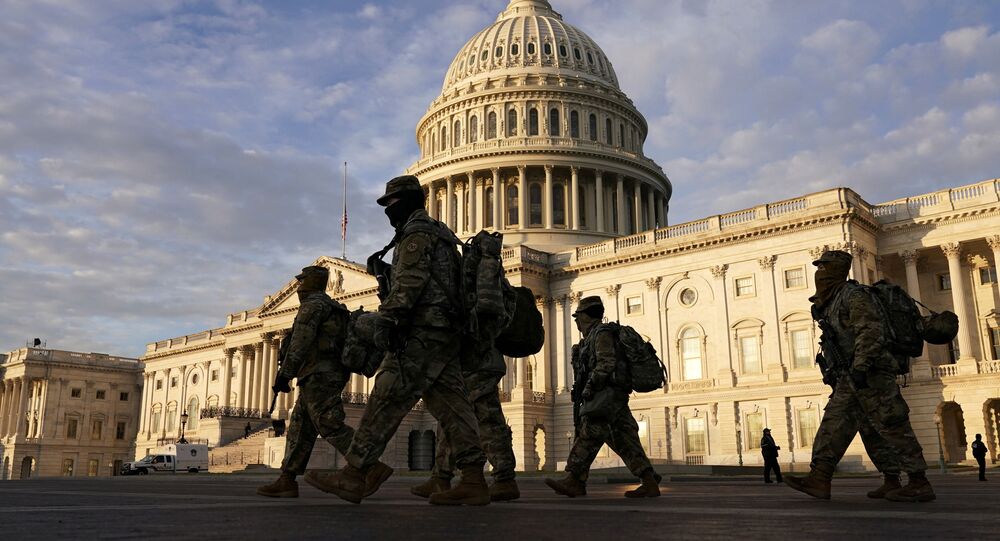 Capitol Hill in Washington DC on 6 January was rocked as a violent mob of Trump supporters stormed the building, killing five and causing widespread damage and vandalism in a failed attempt to disrupt the certification of the Electoral College vote.

US House Majority Whip James Clyburn, speaking to NPR on Thursday, shared concerns regarding possible aid from "sitting members of Congress" for the rioters that stormed the US Capitol last week.

"Some coordination was going on between sitting members of Congress and some of these so-called visitors to the Capitol. I've been listening to my colleagues and watching their interviews on television", Clyburn told NPR host Tonya Mosley. "And many of them saw things going on the day before that led them to believe that something was amiss."

Clyburn also shared his particular concern that the Capitol attackers were aware of the location of his real unmarked office, not that officially marked by the Capitol.

Clyburn's concerns come as Capitol police face heavy criticism over their unpreparedness for the deadly protests on 6 January, with department chief, Steven Sund, resigning shortly after the attack. He defended the police response, however, writing in his resignation letter that his officers' actions were "heroic given the situation they faced."

As an angry mob of Trump supporters violently stormed the Capitol, breaking doors and windows and causing widespread damage, many accuse the outgoing president of inciting the violence and have called for his resignation. Amid the accusation of "incitement to insurrection", Trump became historically impeached for a second time during his tenure on Wednesday - an unprecedented occurrence in the history of the United States.

The president has denied responsibility for the deadly attack on the Capitol, insisting he wanted no violence on US streets and issuing a statement warning against any brutality in the days leading up to Joe Biden's inauguration.

Tags:
US Capitol, House of Representatives, US Senate, US
Community standardsDiscussion