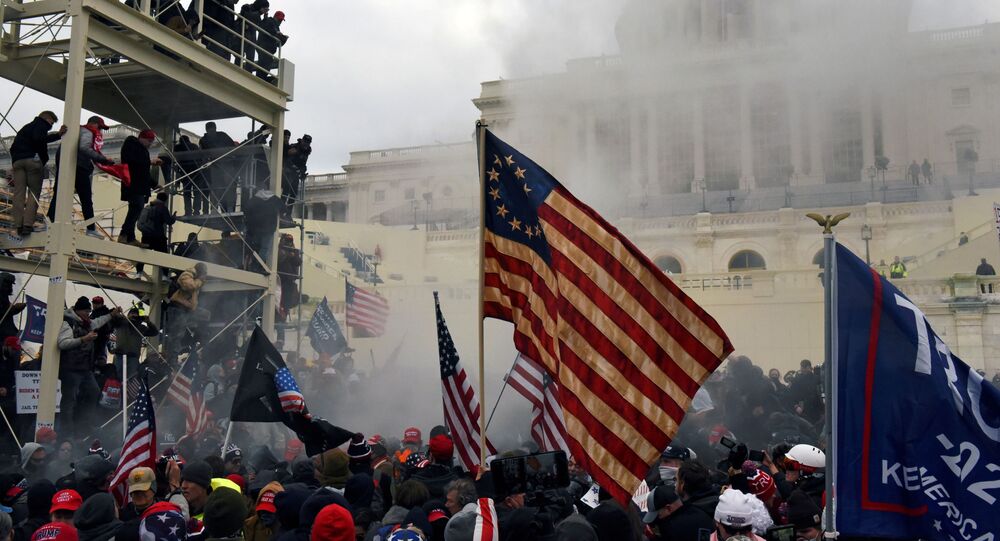 US President Donald Trump loyalists stormed the Capitol building in Washington, DC, on January 6 to protest against the certification of the Electoral College, attempting to prevent Joe Biden from being confirmed as the winner of the 2020 presidential election.

A coalition of more than 30 House Democrats, led by  Rep. Mikie Sherrill (D-NJ), are urging for an investigation into “suspicious” Capitol tours that occurred the day before a mob of Trump supporters breached the Capitol building.

Sherrill on Wednesday sent a letter to acting House Sergeant at Arms Timothy Blodgett, acting Senate Sergeant at Arms Jennifer Hemmingway and acting Capitol Police Chief Yogananda Pittman, calling for an “immediate investigation into the suspicious behavior and access given to visitors to the Capitol Complex on Tuesday, January 5, 2021 — the day before the attacks on the Capitol.”

According to the lawmakers, there was an “extremely high number of outside groups in the complex" on January 5, "which is unusual given that public tours of the Capitol ended in March 2020 due to the coronavirus pandemic,” The Hill reported.

The lawmakers also noted that some of the visitors “appeared to be associated” with the “Stop the Steal” rally that took place at the White House on January 6, the same day the Capitol was breached.

Sherrill is not the only lawmaker concerned with security at the Capitol.

In comments this week to the Boston Globe, Rep. Ayanna Pressley’s (D-MA) chief of staff Sarah Groh said that all the panic buttons in Pressley’s office had been removed before the mob assaulted the Capitol.

“Every panic button in my office had been torn out — the whole unit,” Groh told the outlet, adding that she did not know why the devices had been removed.