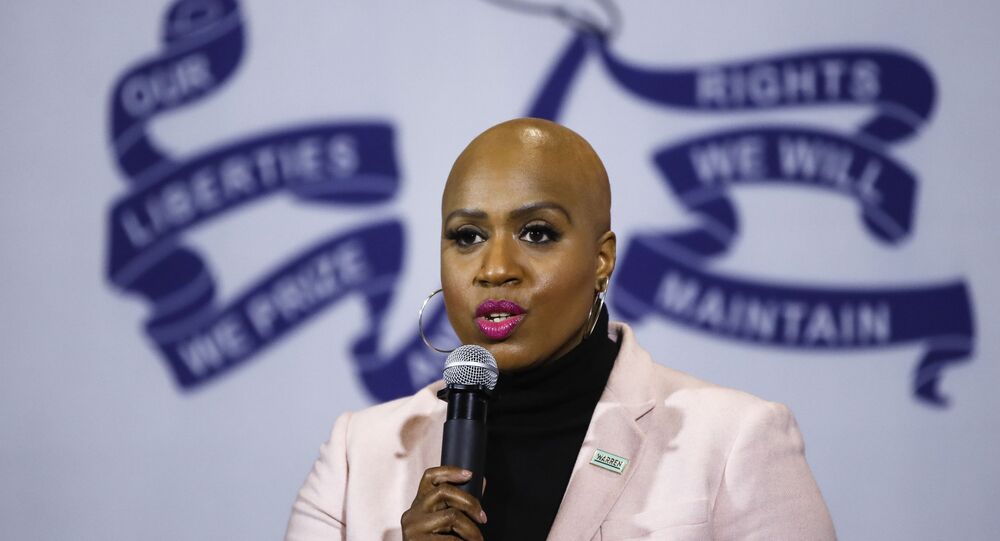 Police departments and military commands across the United States are probing their membership for potential participation in the January 6 insurrection as Pentagon leaders issued a memorandum to all service members reminding them of their oaths ahead of the January 20 transition of power.

The panic button in the Capitol building office of US Rep. Ayanna Pressley (D-MA) was apparently destroyed before the January 6 storming of the building by supporters of US President Donald Trump, the congresswoman’s chief of staff reported on Wednesday.

Sometime before the insurrection last Wednesday in which Trump supporters swarmed the US Capitol and dispersed Congress in an attempt to halt certification of an election Trump claimed was fraudulent, the “panic” button in one progressive lawmaker’s office was destroyed.

Sarah Groh, Pressley’s chief of staff, related the incident to the Boston Globe on Tuesday, noting that the lawmaker’s staff noticed the missing button while rushing to barricade the door to Pressley’s office.

“Every panic button in my office had been torn out - the whole unit,” Groh told the paper, noting they could summon no rationale as to why and that the button had been used before. She said Pressley had originally intended to arrive later in the afternoon, but changed her schedule to come earlier in the day after security advised her to avoid the growing crowds gathered for Trump’s “Stop the Steal” rally.

“The second I realized our ‘safe room’ from the violent white supremacist mob included treasonous, white supremacist, anti masker Members of Congress who incited the mob in the first place, I exited,” Pressley said on Twitter Tuesday, also making a connection between lawmakers who refused to wear masks and increasing number of her colleagues testing positive for COVID-19.

Pressley is part of an informal grouping of progressive women of color in the House of Representatives dubbed “the Squad,” who have aroused particular anger among Trump supporters for their outspoken opposition to Trump’s policies.

Rep. Alexandra Ocasio-Cortez (D-NY), another Squad member, said on an Instagram Live broadcast on Tuesday that she thought she might die during the insurrection, afraid that conservative colleagues might give away her location to the angry mob.

“I did not know if I was going to make it to the end of that day alive,” she said, adding she “didn’t even feel safe around other members of Congress” who she said sympathized with the QAnon and white supremacist ideas driving the insurrection. She added that it was “not an exaggeration” to say that several lawmakers were “nearly assassinated” that day.

Indeed, subsequent analysis of photographs and video footage taken during the insurrection has revealed that an organized, militant faction existed among the insurrectionists, who brought not only loaded weapons but also zip ties used by police for restraining people in their custody.

Police have also discovered several improvised explosives in and around the Capitol, including a pickup truck parked nearby that was loaded down with “homemade napalm bombs” and an M4 carbine like those used by US Special Forces.

However, it wasn’t just the attendees of Trump’s rally outside the White House who stormed the Capitol: several Capitol Police officers have been suspended or are under investigation for friendly actions toward the insurrectionists, including snapping selfies together and even opening doors and barricades and giving the rioters directions once inside.

Five people died in the failed putsch, including a US Capitol Police officer and a Trump supporter who was shot outside the Senate chamber by security. At least 20 people have been arrested so far, and the Department of Justice said Tuesday it has 170 open cases in connection with people involved in the insurrection, some of whom may face federal sedition and conspiracy charges.

Thousands of US National Guard troops have been deployed to the city to ensure an orderly and peaceful transition of power on January 20, when US President-elect Joe Biden is due to be sworn in. Trump has spurned the ceremony and seemingly walked back his condemnations of the January 6 violence, although a new statement on Wednesday condemned any further violent actions by his supporters.