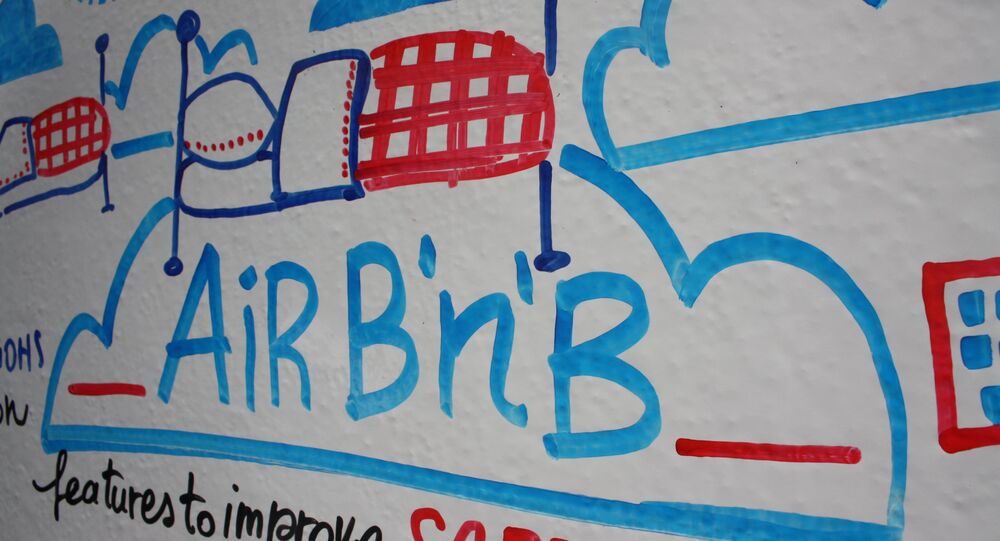 Federal prosecutors said on Tuesday they had opened close to 200 cases on suspects related to the January 6 insurrection at the US Capitol and would be seeking charges of conspiracy and sedition in at least some of the cases.

A grassroots campaign to convince renters and hotels not to accept reservations in the national capital until after the January 20 presidential inauguration has scored a major success after booking service Airbnb signed on to the proposal on Wednesday.

Airbnb said in a statement that the company would cancel existing reservations made in the Washington, DC, metropolitan area during the week of Inauguration Day and refund the customers, as well as block any new reservations from being made.

The decision comes amid mounting pressure from governments at multiple levels as well as private citizens, after right-wing groups such as the Proud Boys reportedly booked rooms across the city earlier this month in order to participate in the January 6 “Stop the Steal” rally that became a violent insurrection in which five people died.

After US President Donald Trump urged his followers to take action against the certification of what he claimed were fraudulent election results showing US President-elect Joe Biden as the winner, thousands of his followers stormed the US Capitol building and temporarily dispersed Congress as they ransacked the national legislature.

In the end, their efforts were unsuccessful, and Congress reconvened to finish certifying the results after police evicted the rioters from the Capitol. Thousands of US National Guard troops have since flooded into the city to maintain order, with the number approaching 20,000 as of Wednesday.

In the days that followed, a “Don’t Rent DC” campaign arose, driven by city residents alarmed that insurrectionists from groups known for targeting minorities such as Black, Latino and LGBTQ people for violence had been staying in their neighborhoods. The city is 46% Black, 11.3% Latino and 9.8% LGBTQ, according to census and polling data.

Soon, progressive policy advocacy group MoveOn had begun a petition asking Airbnb to incentivize its renters not to accept offers during the week of the inauguration, after federal police reported discovering new plans for violent protests during the transfer of power.

Airbnb further noted on Wednesday that it had banned several users from its platform after law enforcement notified the company of the names of “numerous individuals who are either associated with known hate groups or otherwise involved in the criminal activity at the Capitol Building.”

In the aftermath of the insurrection, at least 20 people have been arrested on federal charges stemming from their participation, and the Department of Justice has more than 170 open cases. Acting United States Attorney for the District of Columbia Michael Sherwin told reporters on Tuesday the DoJ would be seeking federal sedition and conspiracy charges against at least some of the suspects.

Trump is also expected to be charged with “incitement of insurrection” in a new article of impeachment by the House on Wednesday. Unlike his first impeachment in December 2019, key leading figures in Congress from Trump’s own Republican Party have signed off on the motion, including Rep. Liz Cheney (R-WY) and reportedly even Senate Majority Leader Mitch McConnell (R-KY), which could remove Trump from office. Regardless, Trump is expected to step down on January 20 when Biden is sworn in as the next president.