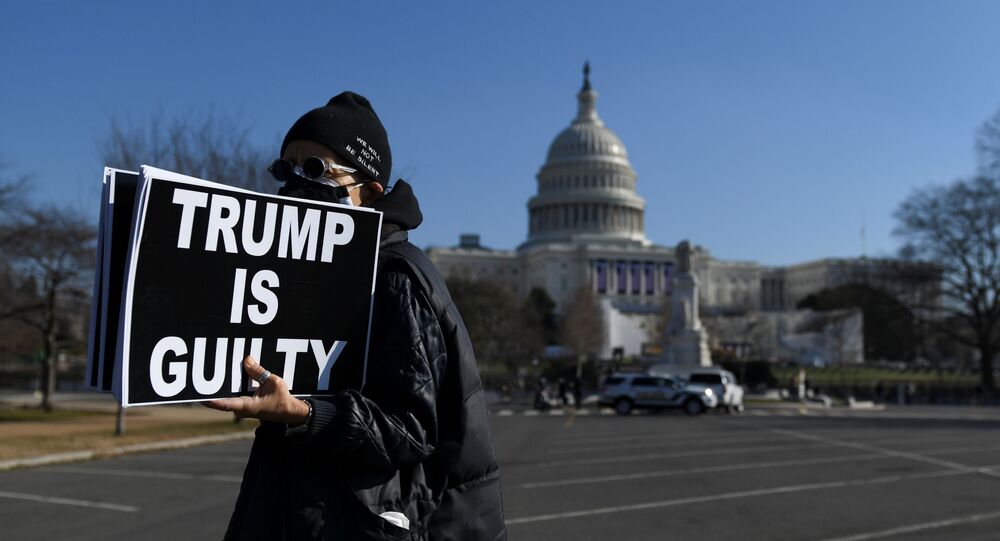 After US Vice President Mike Pence's refusal to invoke the 25th Amendment and remove US President Donald Trump from office, the US House of Representatives has moved to consider an article of impeachment, accusing Trump of “incitement of insurrection” ahead of the deadly riots and storming of the Capitol building in Washington, DC, on January 6.

A new Morning Consult-Politico survey published on Monday revealed that 53% of American voters - a majority - claimed they would back the House of Representatives' impeachment of Trump for his alleged role in the January 6 riots that resulted in the deaths of five people and injuries to dozens of others.

Similarly, 54% of respondents said they would support a Senate conviction of the US president, along with his formal removal from office.

The poll, conducted from January 8-11, surveyed 1,996 registered voters and was said to have a 2% margin of error.

Though a majority of those polled expressed support for the US president's impeachment and removal from office, a closer examination of data shows the issue is still somewhat partisan.

According to the survey's breakdown, 87% of Democrats and 46% of independents polled said they approve of the House impeaching Trump, while only 13% of Republicans expressed the same view.

The remainder of respondents said they did not know or had no opinion on the matter.

Prior to Trump's 2019 impeachment, a Morning Consult-Politico survey on the matter showed similar impeachment support from American voters.

The US president was later impeached by the Democrat-led House on December 18, 2019, on two articles: abuse of power and obstruction of Congress. The Republican-controlled Senate later moved to acquit the US president of the charges.

Presently, Trump is facing the reality of possibly becoming the first US president to be impeached twice, as at least six House Republicans, including Rep. Liz Cheney (R-WY), have signaled they will vote for impeachment alongside House Democrats.

"We know that the president of the United States incited this insurrection, this armed rebellion against our common country. He must go, he is a clear and present danger to the nation that we all love.” pic.twitter.com/WOuIzKH3Wo

Despite the possibility of impeachment, Senate Majority Leader Mitch McConnell (R-KY) has confirmed he will "almost certainly" not convene his legislative chamber for a vote before January 19.