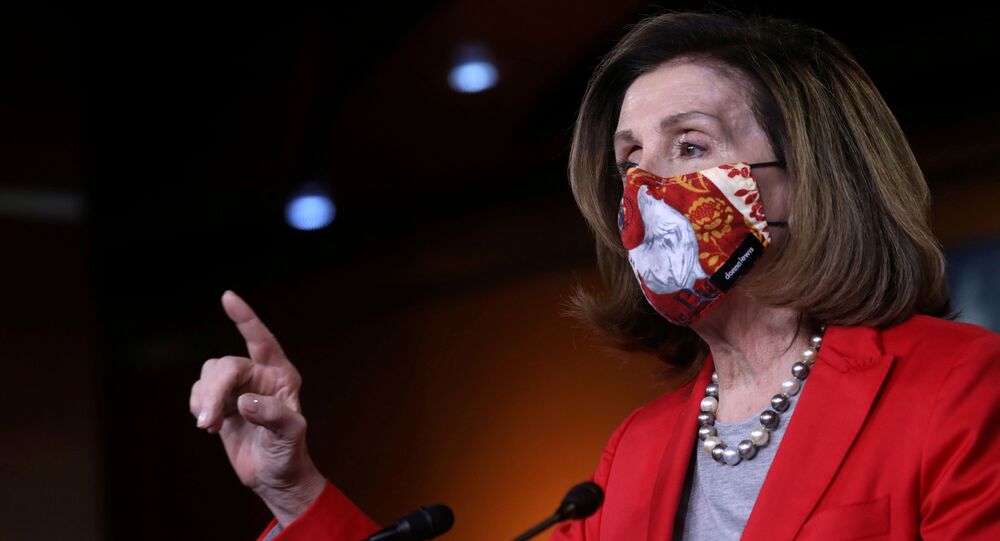 The House has now finished its first procedural vote on the rules that will guide the subsequent debate and vote on the impeachment article.

As the US House of Representatives convened to debate incumbent President Donald Trump's possible impeachment, Speaker Nancy Pelosi charged that he had "incited an armed rebellion against our common country”, which constitutes sufficient grounds for his removal from office.

She branded Trump "a clear and present danger", insisting that "he must go". The Democrat went on to call on the Senate to convict the outgoing president.

Pelosi said Trump had "repeatedly lied" about the outcome of the election that he had lost to his Democratic rival Joe Biden, having "sowed self-serving doubt about democracy".

The House is set to vote Wednesday afternoon on impeaching Trump, accusing him of encouraging his supporters, many of whom attended a big MAGA rally in Washington, DC on 6 January, to go and storm the Capitol premises. The incumbent president vigorously denied the claims, condemning the move to impeach him (for the second time over the past year) as "absolutely ridiculous" and a "continuation of the greatest witch hunt" in the history of US politics. He condemned the violence, saying he doesn't want it to happen on US streets and insisting that he bears no responsibility for the angry mob storming the legislature's seat last week.

The Capitol mayhem saw five people, four protesters and a police officer, die. The Democrats rushed to blame the incident on Trump, who had addressed the demonstrators moments before the siege, voicing calls for Vice President Mike Pence to invoke the 25th Amendment to remove the president days before his Democratic successor Joe Biden takes the oath of office.