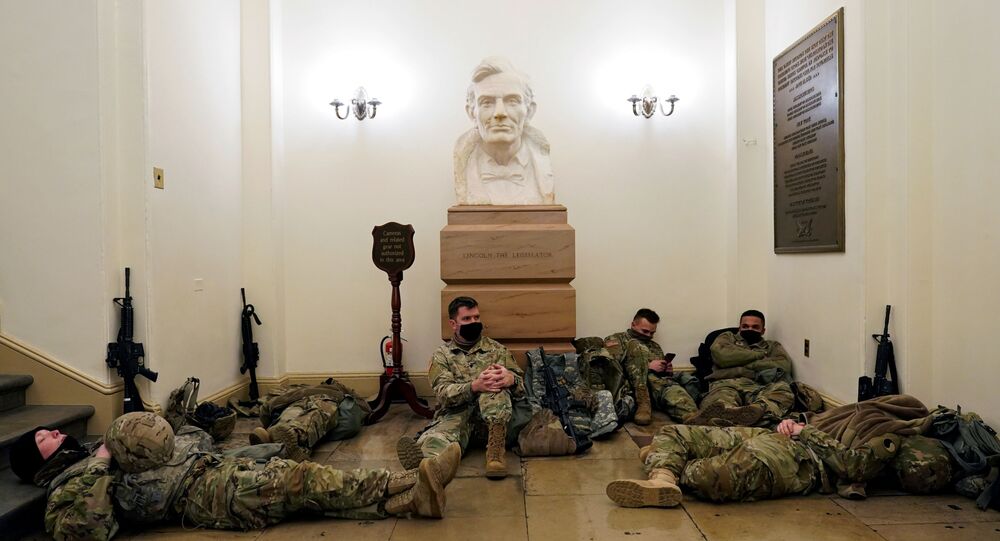 Some 15,000 National Guard troops from the District of Columbia and six US states have descended on the capital Washington to guard Congress representatives and senators — and president-elect Joe Biden — from possible protests by supporters of outgoing President Donald Trump.

US National Guard troops brought in to protect Washington DC from "domestic terrorists" have been left to sleep on bare marble floors in the Capitol building.

Shocking images showed soldiers forced to sleep on cold, hard floors in the building without sleeping bags or mats overnight into Wednesday morning. 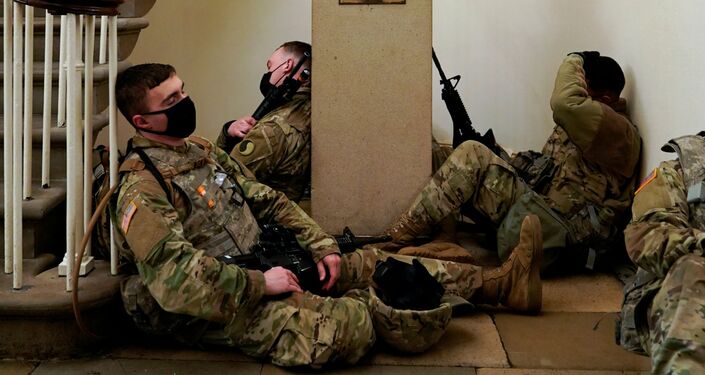 Troops were left to nap in corridors and halls as Congress began debating a motion of impeachment against President Donald Trump following last week's Stop the Steal protest which briefly disrupted the confirmation of Democrat Joe Biden as president-elect. 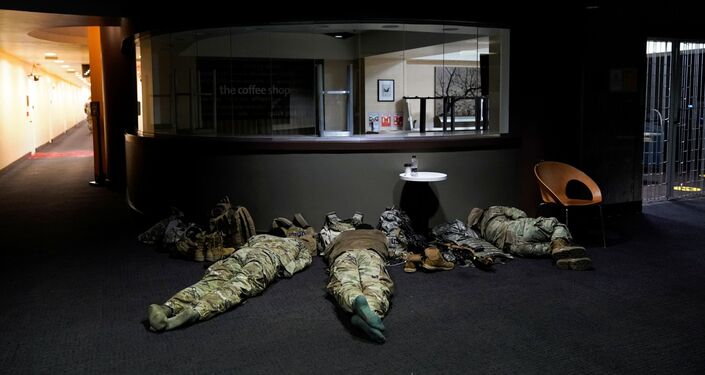 Other soldiers were seen sleeping on floors in the nearby Dirksen Senate Office Building.

Twitter users asked why the soldiers had not been given accommodation — or at least cots and sleeping bags — while they occupy Washington.

​The troops in the capital have reportedly been drawn from the small District of Columbia National Guard and those of Delaware  Maryland, New Jersey, New York, Pennsylvania and Virginia. 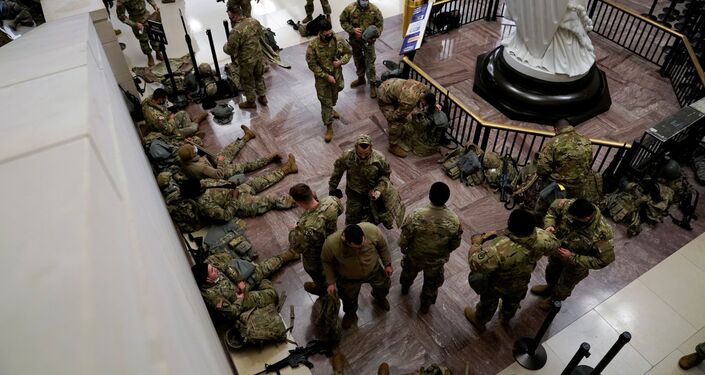 Democrats are determined to remove Trump from office and bar him from future elections for allegedly inciting last Wednesday's short-lived occupation of the building, which left protester Ashli Babbitt and police officer Brian Sicknick — both military veterans — dead. 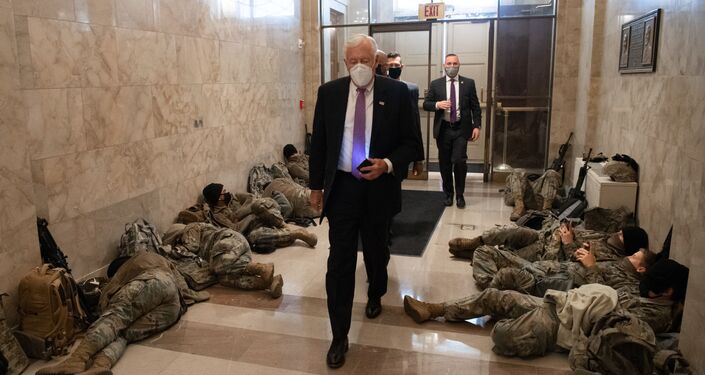 © AFP 2020 / SAUL LOEB
House Majority Leader Steny Hoyer, Democrat of Maryland, walks past members of the National Guard as he arrives at the US Capitol in Washington, DC, January 13, 2021, ahead of an expected House vote impeaching US President Donald Trump

Biden is due to be sworn in at noon on January 20 in a "virtual" inauguration in the city now under military occupation, with attendance strictly limited ostensibly for fear of the COVID-19 virus. 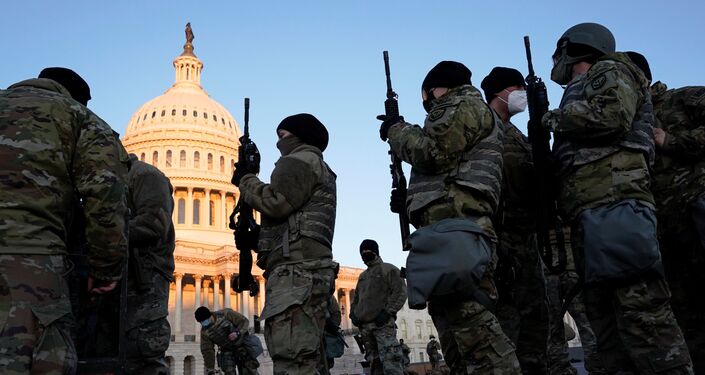 © REUTERS / JOSHUA ROBERTS
Members of the National Guard gather at the U.S. Capitol in Washington

The customary march down Pennsylvania Avenue in front of thousands of spectators will now be a televised "virtual parade". Viewing stands for Biden's low-key escort to the White House have been taken down to discourage spectators, the inaugural ball has been cancelled and health officials are urging people not to travel to the city.

The president-elect said on Monday he would still take the oath of office on the steps of the Capitol, insisting: "I am not afraid to take the oath outside."